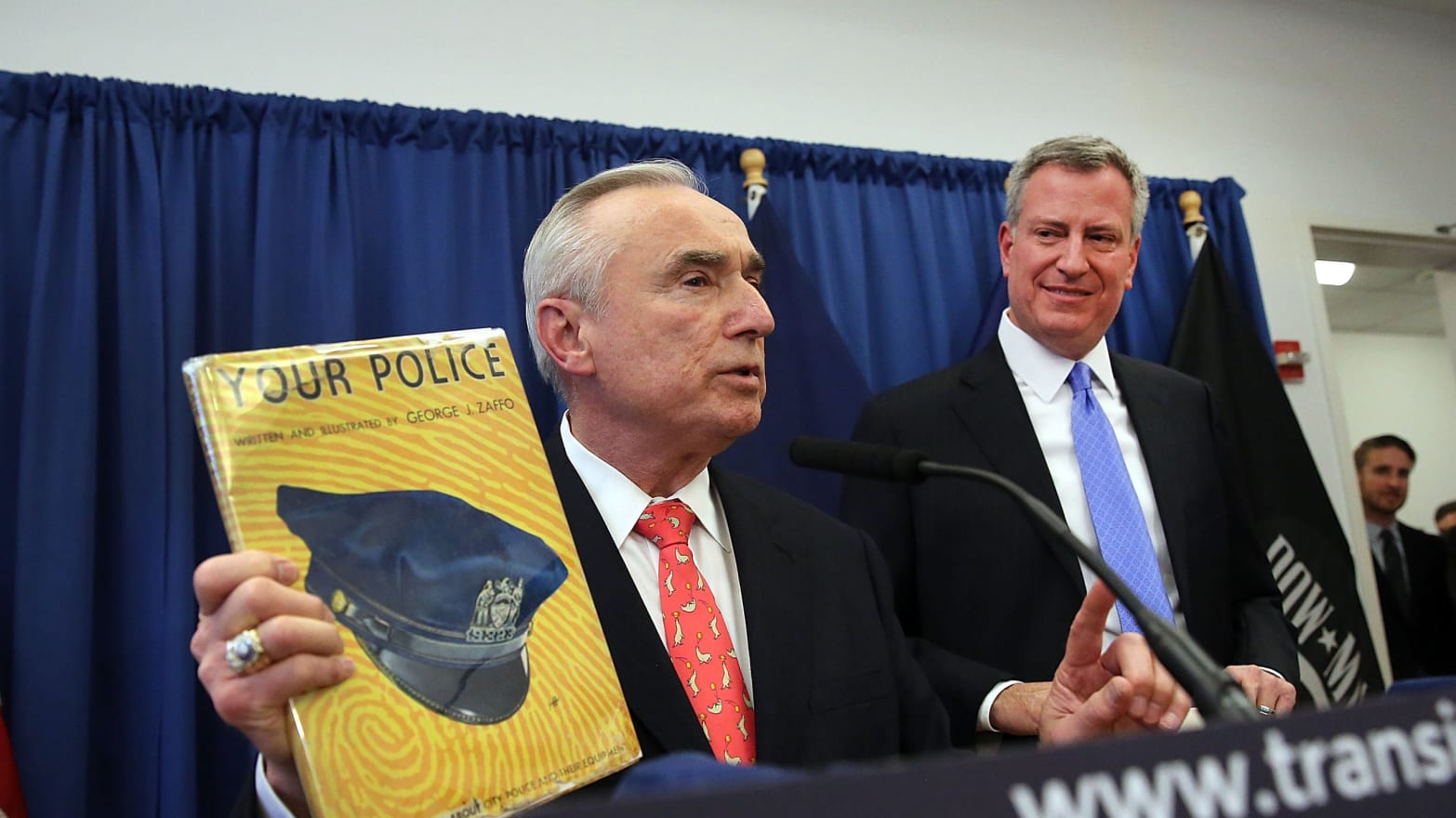 Mayor de Blasio wants to put 1/3 of NYCHA into the hands of private landlords.

Mayor Bill de Blasio (D-New York City) has announced plans to put 1/3 of the apartments owned by the New York City Housing Authority (NYCHA) into the hands of the real estate industry. This amounts to 62,000 apartments.

Besides converting 62,000 apartments out of public housing, Mayor de Blasio said he also expects to sell or least play grounds, green lawns, parking lots, and air rights. His plan is to raise $24 billion.

The plan is to convert public housing into Section 8 under a Government program called Rental Assistance Demonstration (RAD). This would allow private corporations to become the landlords of NYCHA.

Mayor de Balsio’s funding target of $24 billion is ambitious, and it is also unrealistic. According to a report moved by the Intercept, “HUD exaggerates how much private capital RAD generates,” adding that, “The federal housing agency claims that for every $1 in public money spent, RAD leverages $19 in private funds, while GAO estimates $1 in public money yields just $1.23 in private funds.”

Housing activists fear that, because the New York City Council has a non-stop record of turning over strategic public assets to the private sector — from charity hospitals, to public library branches, to parks, and gardens — that there is a demonstrated failure of leadership to audit Mayor de Blasio’s financial projections for RAD. 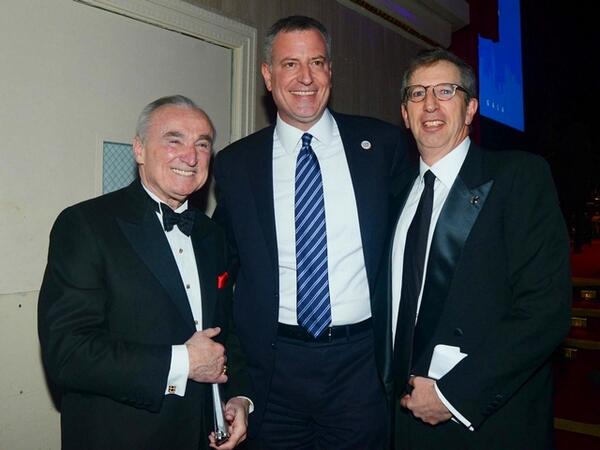 Even before Mayor de Blasio announced his plan to sell NYCHA, public housing tenants faced “nuisance abatement complaints” that were used as a pretext to evict or to permanently exclude some tenants from public housing. Stricter house rules, like the ban against smoking, have threatened to ruin tenants’ quiet enjoyment of their tenancy. And having to put up with bad living conditions can be seen as another form of tenant harassment. Even though by one estimate up to 600,000 people may live in NYCHA apartment buildings, the tenants have no voice in how they are governed.

To that end, it is expected that NYCHA tenants will have no say in which buildings will be sold by Mayor de Blasio.

Because Mayor de Blasio plans to sell $24 billion in NYCHA assets to raise money for back repairs, it is not known how real estate developers plan to pay so much money for buildings needing major repairs. Some tenants fear that Mayor de Blasio will sell NYCHA buildings that don’t need so many repairs, so he can raise the money he needs. To some, this makes sense, because why would private sector landlords buy NYCHA buildings that need major repairs ? If private sector landlords want to make the most in profit from rent, then NYCHA tenants need to expect that, regardless of whether their apartment building needs major repairs, they face the possibility of rent increases.

The Government says RAD is harmful to tenants.

The Government Accountability Office (GAO) is a Federal agency that audits and investigates government programs. A 2018 GAO report showed that of 26,000 RAD conversions of public housing apartments, 57 per cent. of tenants faced rent hikes, according to a report published by City Limits.

Residents in 6 of 14 focus groups complained to GAO that renovations were of poor quality. But there are more serious concerns about RAD.

RAD has been a bad deal in several states.

Because of RAD, some public tenants in Virginia faced discrimination and threats of eviction. In Maryland, RAD led to premature vacate notices, lack of information requesting objection hearings, unclear letters ,and early filings of breach of lease complaints. In Pennsylvania, some tenants were forced to waive their right to return after construction related to RAD conversion in what was perceived as a form of tenant harassment.

Even if RAD does not completely expose tenants to the dangerous, free market forces, whenever private landlords have a final say over apartment buildings, tenants end up losing. In Milwaukee, Wisconsin, Black neighborhoods faced about double the exploitation rate of non-Black neighborhoods.

Mayor de Blasio’s “showcase” for RAD has turned into an eviction machine.

Mayor de Blasio’s showcase for RAD is the Ocean Bay Apartments. But RAD was not enough to pay for the improvements to Ocean Bay. The total refurbishing cost at Ocean Bay approached $600 million, but one-third of that budget, or approx. $200 million, had to come from the Federal Emergency Management Agency, or FEMA. At other NYCHA public housing developments, money will need to be raised from the sale of air rights, because RAD does not raise the kind of money that NYCHA fully needs.

In the time leading up to Mayor de Blasio’s plan to embraced RAD, he had formed a roundtable of veal pen groups, which claimed that tenants rights were going to be strengthened and guaranteed, such that public housing being put into the hands of private sector landlords would not put tenants in jeopardy of being harassed or evicted. Despite those assurances, Mayor de Blasio’s showcase for RAD — Ocean Bay — was revealed to have become an eviction machine. According to a report published by City Limits, approx. 10 per cent. of all NYCHA evictions that roughly took place in 2018 were from Ocean Bay Apartments, proving that the Mayor’s roundtable on RAD and all talk — and that the strengthening and guaranteeing of tenant protections were just window-dressing to speed up the privatisation of public housing.

Ben Carson, secretary for the U.S. Housing and Urban Development, the Federal Agency responsible for disbursing funds to public housing authorities across the nation, has proposed a rule to weaken a HUD rule that interprets the Fair Housing Act, thereby making it more difficult for tenants to sue private sector landlords for disparate impact discrimination, according to a report published by POLITICO. According to the report, “Disparate impact lawsuits do not require proof of an intent to discriminate but hold businesses and governments liable for practices that disproportionately affect members of a protected class.” Because 90 per cent. of NYCHA tenants are people of color, any change in housing policy is expected to disproportionately affect people of color. Presently, any such disproportionate affect is unlawful. However, the Trump administration aims to weaken a key Agency interpretation of the Fair Housing Act protections, and such eroding will put public housing tenants of RAD conversions at risk for harassment and eviction, leaving them with higher hurdles to jump before seeking relief or injunction.