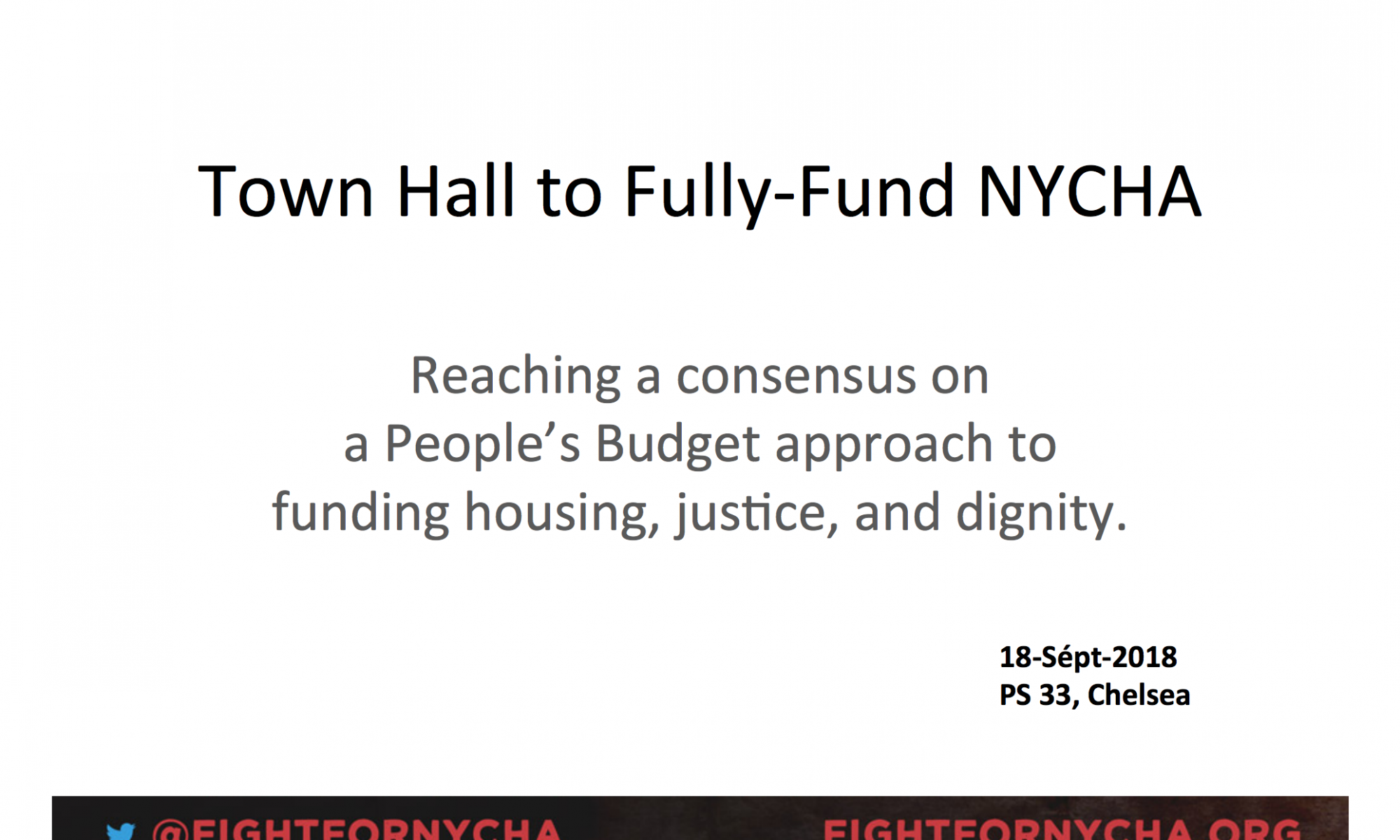 At Fight For NYCHA townhall, tenants from Fulton, Chelsea, Elliott, and Harborview were invited to participate.

A presentation was made to show that the People’s Budget was within reach, was reasonable, was not punitive, and that, some of the ideas it contained, were legislation-ready.

Following the presentation, attendees of the townhall adopted by a majority show of hands the People’s Budget.

The People’s Budget passes by a majority show of hands.

Demolition, RAD conversion, the sale of air rights, and infill development should be the last resort — not the first resort.

By adopting the People’s Budget, NYCHA tenants are communicating to Electeds that the money exists to fully-fund NYCHA. Therefore, there should be no need to either demolish public housing, hand public housing assets over to private developers or landlords, sell air rights, or to propose infill development at NYCHA. At this townhall, public housing tenants also proposed two ideas : that Tenants have a final say in the governance at NYCHA (for example, not allowing executives to over-ride NYCHA tenants on the Board of Directors, and to eliminate any mechanism that subverts tenants’ rights to have a democratic say in NYCHA’s governance, to paraphrase some townhall attendees’ ideas) and to improve relations between NYCHA management and tenants.