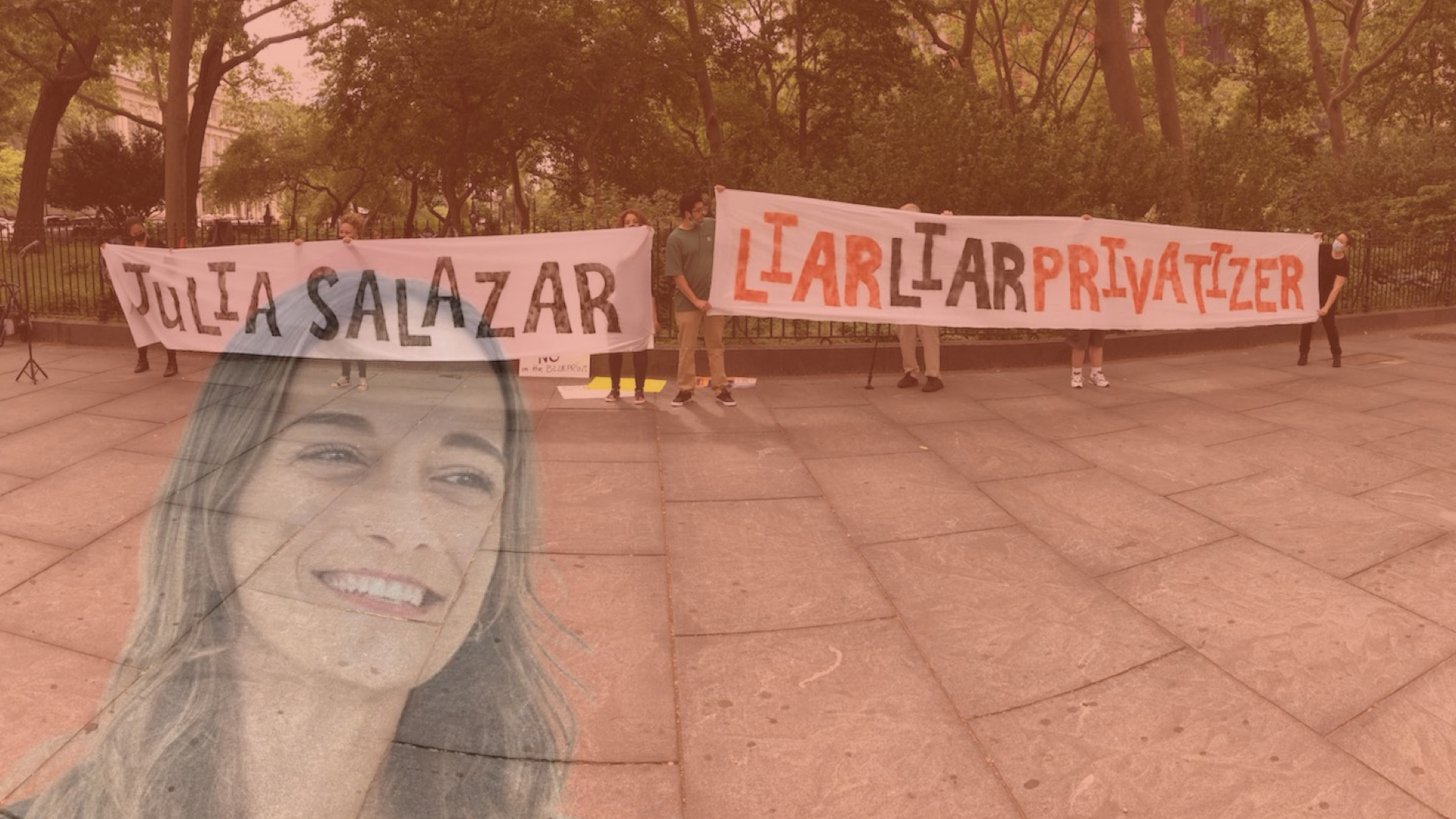 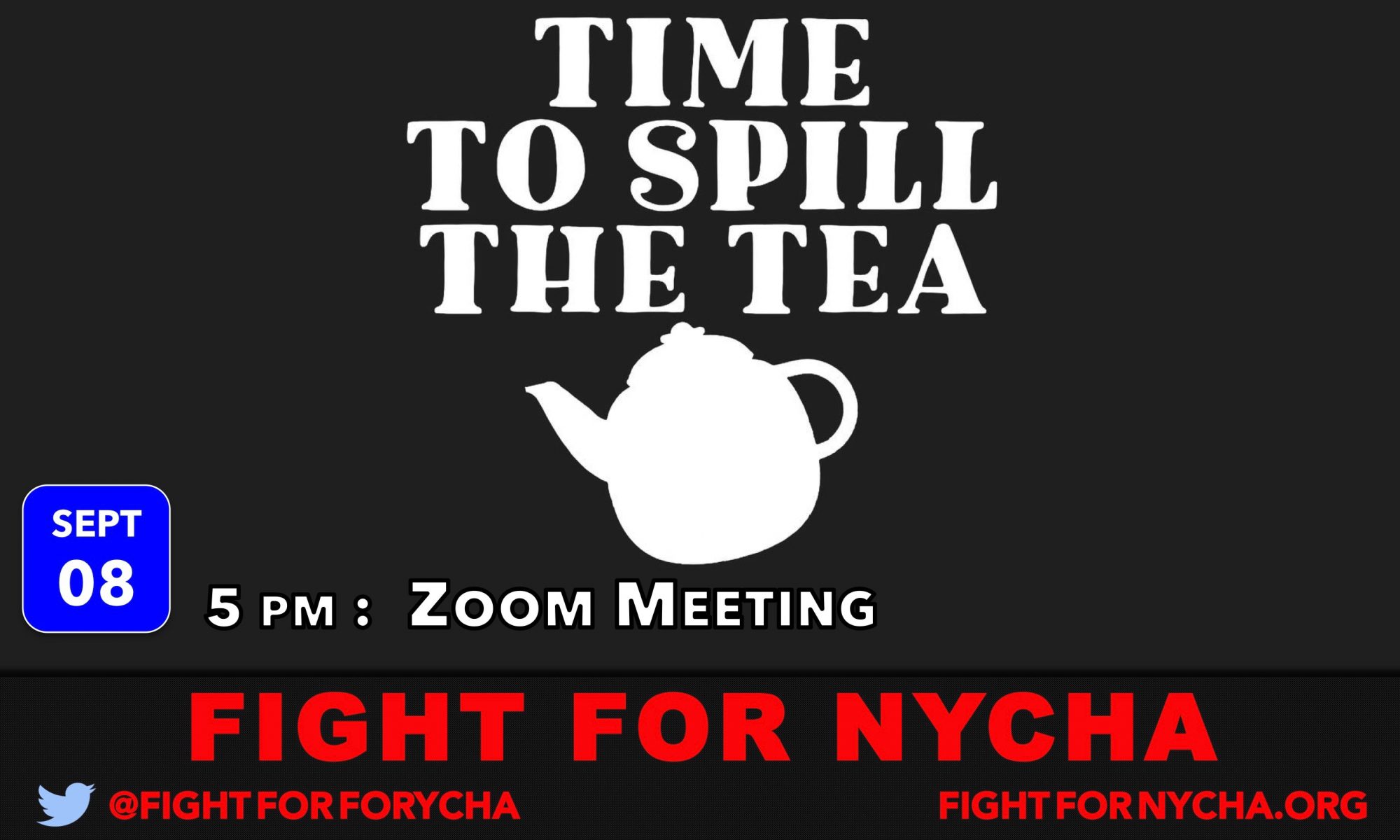 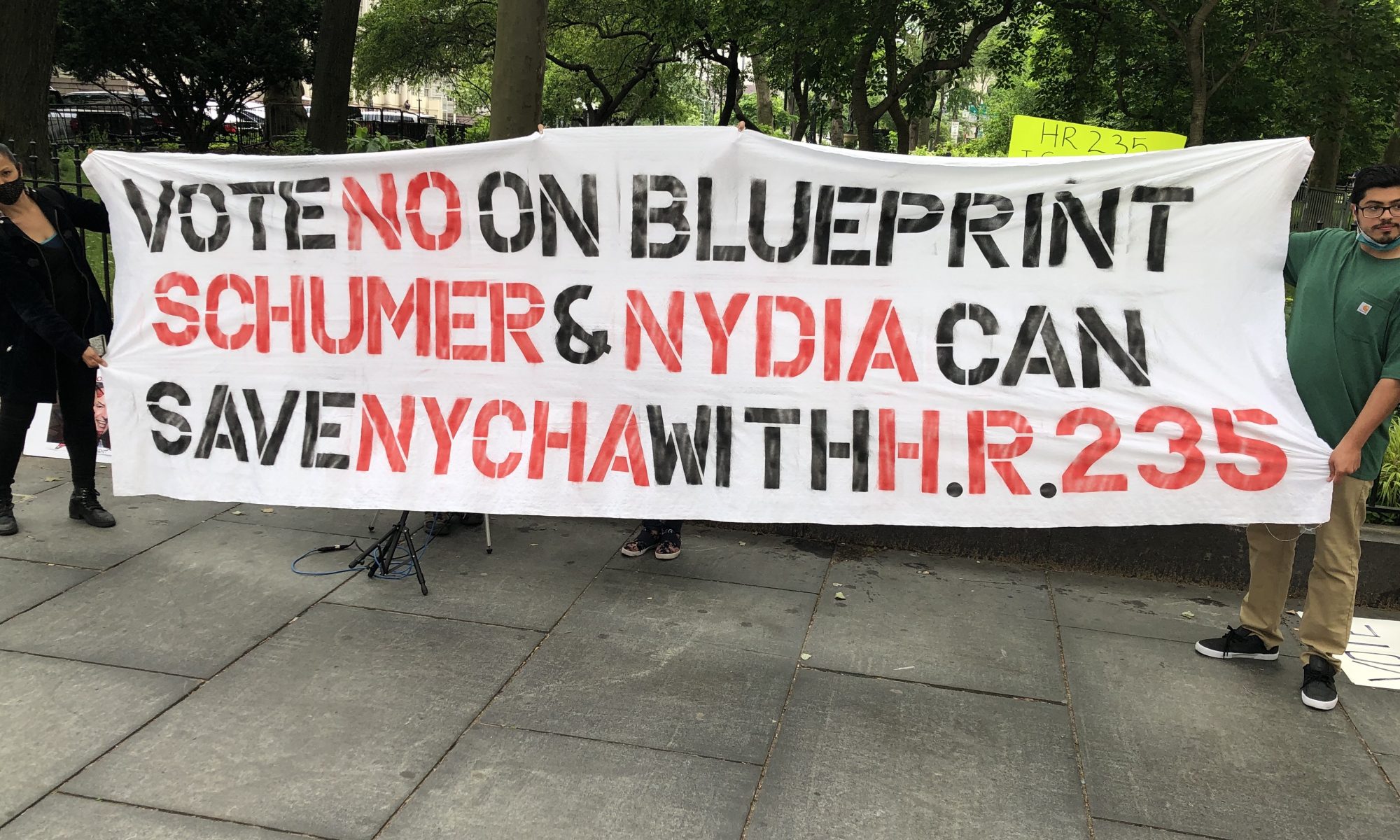 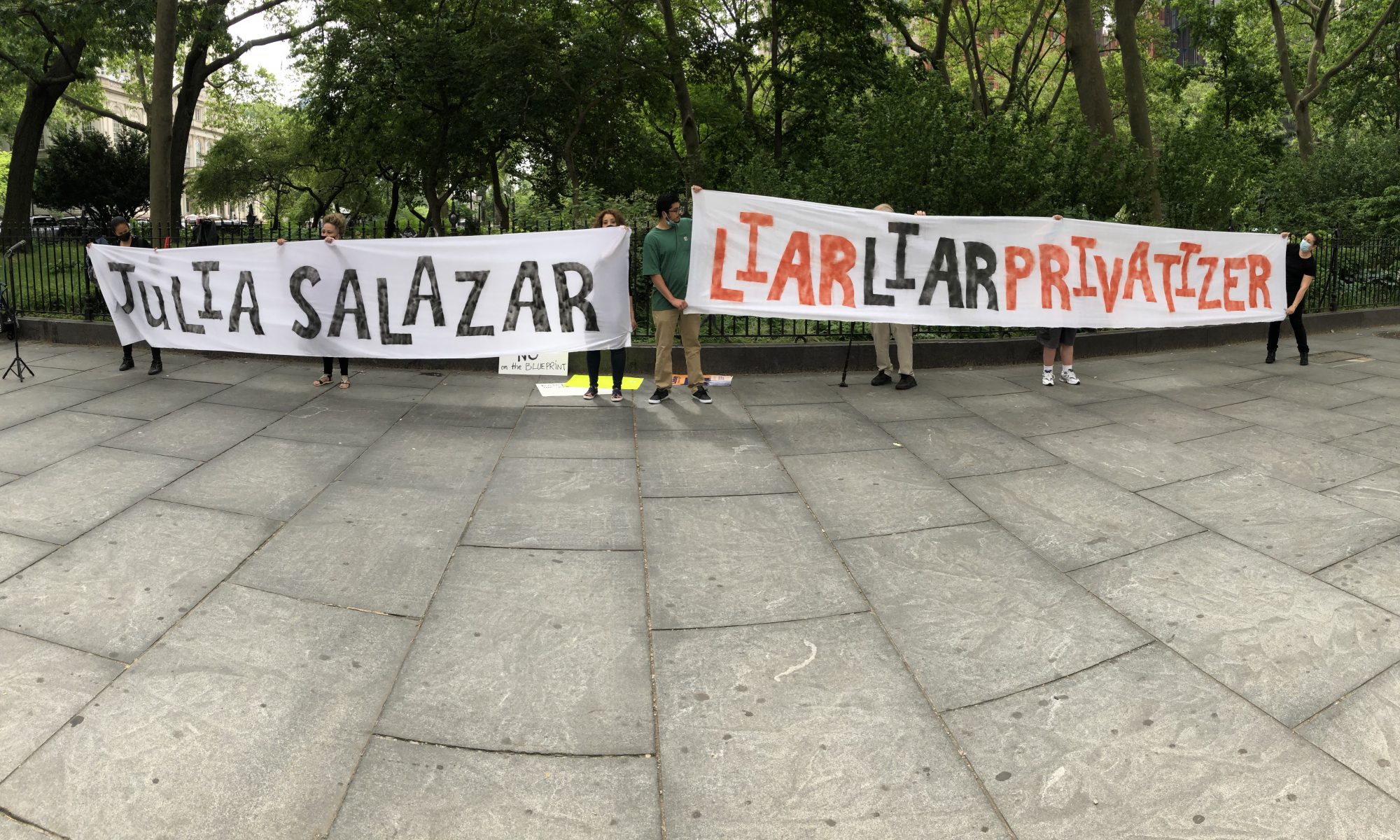 A protest to save public housing devolves into chaos, as DSA leaders are exposed for supporting the Blueprint sell-out of NYCHA, leading to a rift amongst the political left in New York.

A new coalition of public housing activists, NYCHA Is Not For Sale, held a protest against the corrupt, neoliberal plan by Mayor Bill de Blasio (WFP-New York City) to bring about the wholesale end to Section 9 public housing. The plan, known as the Blueprint, would create an unaccountable, nebulous State Authority that would rewrite the apartment leases of every public housing tenant, who isn’t already destined for another corrupt, neoliberal scheme — the RAD/PACT conversions that have been the subject of legal controversies.

The protest against the Blueprint turned chaotic when members of the New York City Democratic Socialists — loyalists to the mayor’s political supporters — interrupted the public housing rally with a competing demonstration.

A mature, responsible call for political unity was disrupted by the NYC-DSA.

A foreshadowing of trouble was observed when Public Advocate Jumaane Williams cast aspersions on the Schumer-Velázquez Federal aid package for NYCHA. Chaos ensued after the NYC-DSA attempted to undermine the public housing protest.

“You can’t shoehorn a working class movement into a corporate party.”

The public housing protest took place outside the eastern security gate to New York City Hall, which is across the street from the office building at 250 Broadway, which, in turn, houses the executive headquarters for NYCHA. Several New York State Legislators also maintain offices in the same building.

Not long after, Mr. DeJesus used a megaphone to denounce State Sens. Julia Salazar (DSA-Brooklyn) and Jabari Brisport (DSA-Brooklyn) over their duplicity. In response, NYC-DSA members placed their hands on Mr. DeJesus, pushed him back, and attempted to take his megaphone. Some members of NYCHA Is Not For Sale rushed to use their bodies to block NYC-DSA members from escalating their physical assault. Members of NYCHA Is Not For Sale have questioned the moral clarity of NYC-DSA to claim their espousal for public power when they have allowed Mayor de Blasio to move forward with the privatisation of public housing.

Online, Sen. Salazar downplayed the acts of assault and tore into the criticism by engaging in ad hominem attacks on members of NYCHA Is Not For Sale, at one point making a scurrilous and libelous attack against the entire NYCHA Is Not For Sale coalition by calling them “grifters,” thereby telegraphing to NYC-DSA members that she would destroy the reputations of socialists, who fractured the myth that the NYC-DSA was a political monolith that was expected to serve its leaders. In recent years, politicians, who have exploited the language of social movements for power or personal enrichment, have faced political losses, such as former New York City Council Speaker Christine Quinn (D-03) and former U.S. Rep. Joseph Crowley (D-NY 14). The political repercussions have also ensnared 2021 political candidates, like Dianne Morales.

According to activists, Mayor de Blasio is urging a vote on the Blueprint on or before June 10, so he can bring about a wholesale end to Section 9 housing before a critical June 14 hearing in the Baez Federal class action case against NYCHA. New York has long exhibited signs of political boss systems from Albany to New York City Hall — and now, apparently, to the NYC-DSA.

NYCHA Blueprint: An End to Public Housing in NYC?