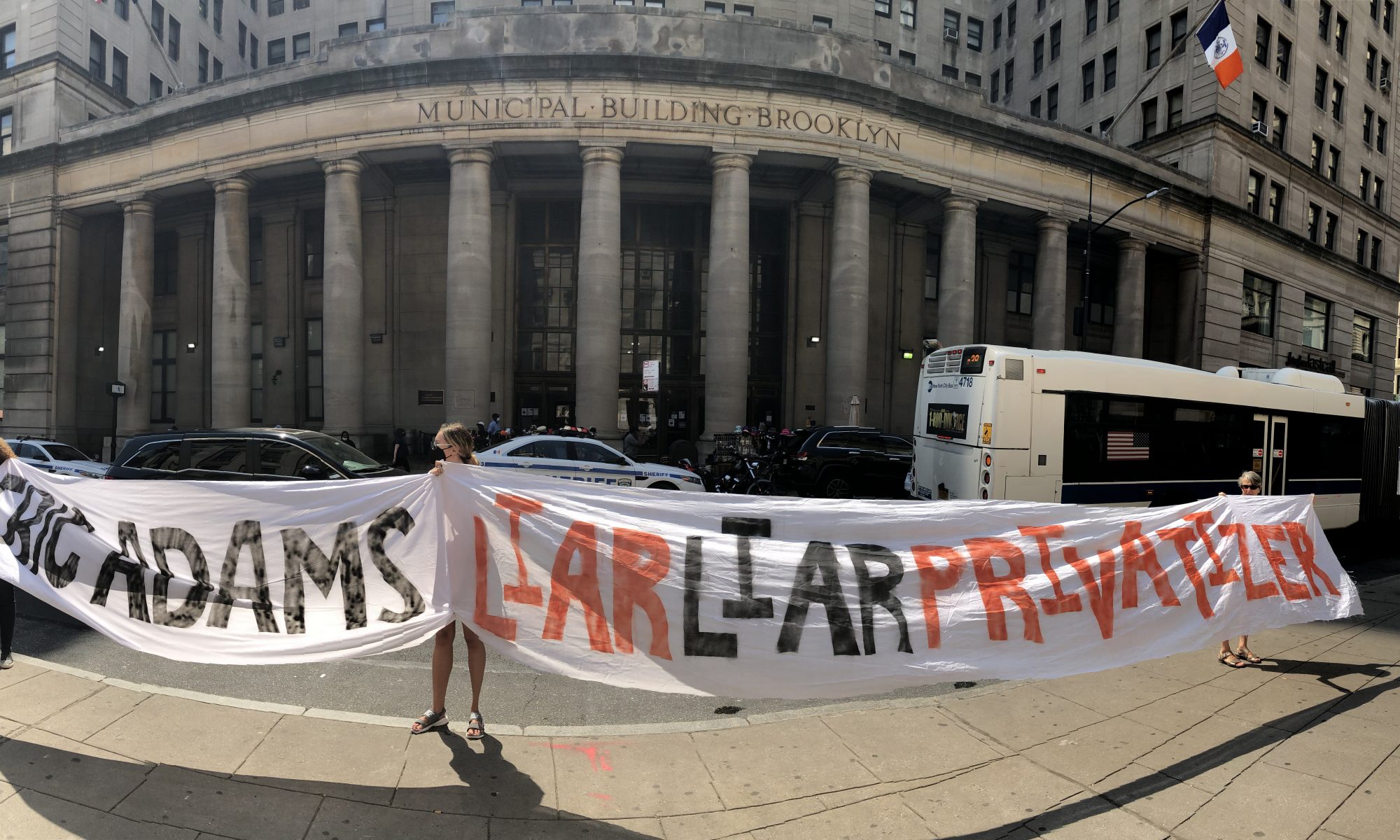 Wait until you see how we hit the piñata !

Borough President Eric Adams (D-Brooklyn) won’t rule out using using RAD/PACT or the Blueprint to sell-out NYCHA public housing. As a result, we had no choice but to protest Borough President Adams.

We caused a scene ! Borough President Adams was supposedly not in the office Monday morning, but he had his minions take photographs and video of us from open windows or open doors. Because we had an audience, we put on a show ! We brought a piñata with us with Borough President Adams’ face on it, and we beat the piñata.

Since politicians keep ignoring our needs during a pandemic that has yet to end, we are asking for everyone to join us in starting a General Strike. All you have to do is to pledge to stay home at least one day a week to stop community spread of the Coronavirus and to keep yourself and others safe. We also ask people to call 311 and ask for food/meals and personal protection equipment, or PPE.

Please help us spread the word about how easy it is to start a General Strike !

Watch the video of our protest : 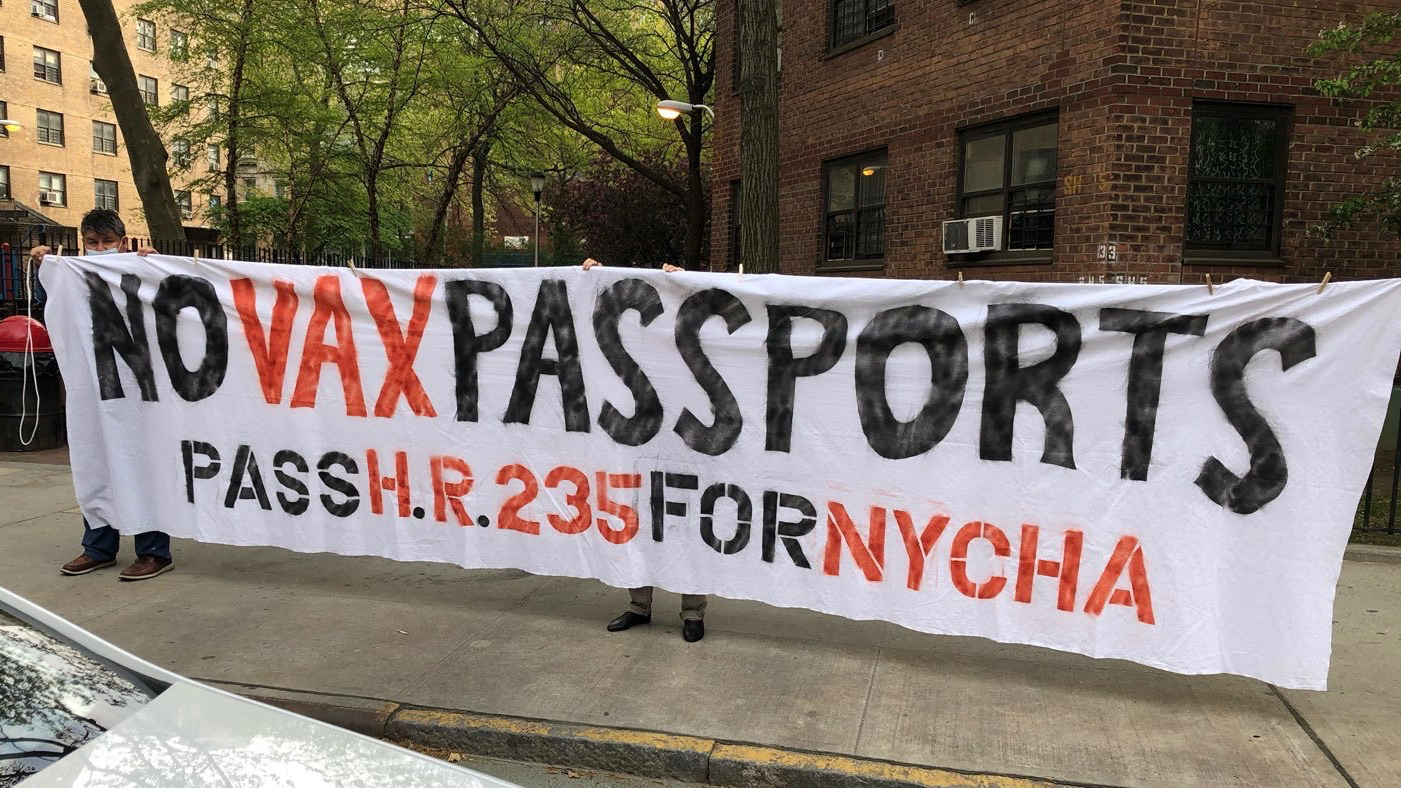 The Coronavirus pandemic continues to put pressure on the New York City economy, and our stay-at-home one day a week boycott can add to the stress of neoliberal politicians.

With Senate Majority Leader Charles Schumer (D-NY) reportedly having passed a Budget Reconciliation that may include the funding to finally end the Federal Government’s racist divestment of public housing, we can say that the fight to save NYCHA may, at first blush, appear, with some qualifications, to be approaching an end. There still remains a big question about whether the Democrats are actually united behind a new era of economic justice, since Sen. Kyrsten Sinema (D-AZ) has said she opposes the $3.5 trillion spending measure.

Before we celebrate prematurely, let’s review how we got here. The U.S. Attorney’s Office began an investigation into the filing of false Federal lead paint certifications by NYCHA. The conclusion of that probe revealed a pattern or practise of routine neglect by NYCHA officials, and a habit of lies and deception. There was a lot of fake outrage, but there was little scrutiny focused on the Mayor, who appoints the top officials at NYCHA and who treats the public housing authority as a political patronage dumping ground.

The pennies-on-the-dollar Settlement Agreement that was the fruit of the Federal investigation into NYCHA created loopholes big enough for ongoing and continuing superclusters of corruption, like reports of fraud in the removal of lead paint, to cross over the event horizon into a supermassive black hole of an unaccountable bureaucracy.

At every turn, the movement to stop the sale of strategic public assets has been met with opposition, sabotage, or indifference. Our pro se litigation and, later, our amicus brief, were either thrown out by or not considered in the Courts. Politicians know how hard it is to organise NYCHA residents into a sustained social movement for economic justice. It’s very easy for them to divide tenants against each other with the appearance of political access or the never ending false promises of resident management corporations. Professional nonprofits or unprincipled activists with sectarian motives have, at times, aided dishonest politicians in this regard. But we have found a way forward !

The New York City economy is weakening due to the Delta variant, and this sets us up for the success of our economic boycott.

We admit we have had trouble in organising NYCHA residents. Our work at Fulton Houses and Elliott-Chelsea were undermined by politicians, including Mayor Bill de Blasio (WFP-New York City). The president of the resident council at Fulton Houses misled residents into believing that RAD/PACT would be in their best interest, and he was caught tearing down our flyers, interfering with tenant organising, which is unlawful, according to the Fair Housing Act protections against retaliation. Later, tenants were mislead into believing that forming a resident management corporation would be financially or politically possible, when it was neither. Other “community groups” deliberately mislead public housing residents into deëscalating any criticism of elected officials. In the end, RAD/PACT has almost become a fait accompli, since Mayor de Blasio has reportedly succeeded in issuing a Request For Proposal for the RAD/PACT conversion of the last parcels of public housing in the gentrified Manhattan neighborhood of Chelsea.

Disreputable individuals used the pandemic to scare residents from participating in protests against then-Acting U.S. Attorney Audrey Strauss over her role in countenancing the allegations of abuse and corruption of RAD/PACT conversions. Marches against elected officials didn’t draw enough support from public housing residents, either, because community groups allied with elected officials wrongly informed residents that the Green New Deal would save them, when there was no reality to that proposition, either.

When all looked lost, it became apparent that doing nothing was the only thing we should be aiming for. During the pandemic, wildcat strikes took place as essential workers demanded personal protective equipment (PPE), paid sick leave, and health insurance benefits, amongst other demands. Expecting something larger than walkouts from labour unions is probably unrealistic, since they now largely act as get-out-the-vote operations for the Democratic Party. The true beginnings of a general strike must come from a non-union context, namely, from people experiencing extreme forms of economic oppression.

That is why Fight For NYCHA is putting our faith in residents, who intuitively know that the pandemic is not over and that the Government is seeking to continue the era of racial disparities into the future. Given all the sectarianism we’ve witnessed in public housing organising in the last two years, the political ideologies that have coöpted NYCHA organising can support the concept of a general strike against a capitalist economy that is exploitative and creates the kind of economic inequality that is experienced by NYCHA public housing residents.

With news that Mayor de Blasio has been so neglectful about the out-of-control Delta variant that the New York City economy has been driven into a proverbial ditch, we are closer to being able to convince the Government that it would be in their best interest to meet our demands for economic justice, i.e., passage of H.R.235, the fully-fund public housing bill that could put an end to the privatisation of public housing. Whereas we are focused on saving public housing, we can still build solidarity with others. We’ve already opposed vaccine passports as a way to oppose invasions of privacy and to uphold a respect for people’s right to self-determine their own medical treatment. Not coïncidentally, this position also proposes to slow down the restart of the economy.

How to join our general strike. It’s within our reach to keep us safe. Just pledge to : (i). stay home at least one day a week to decrease community spread of the Coronavirus, (ii). call 311 to request both KN95 face masks and meal deliveries from food banks, and (iii). follow Fight For NYCHA on Facebook and Twitter for more information. We will be holding a Zoom meeting soon. Stay tuned. 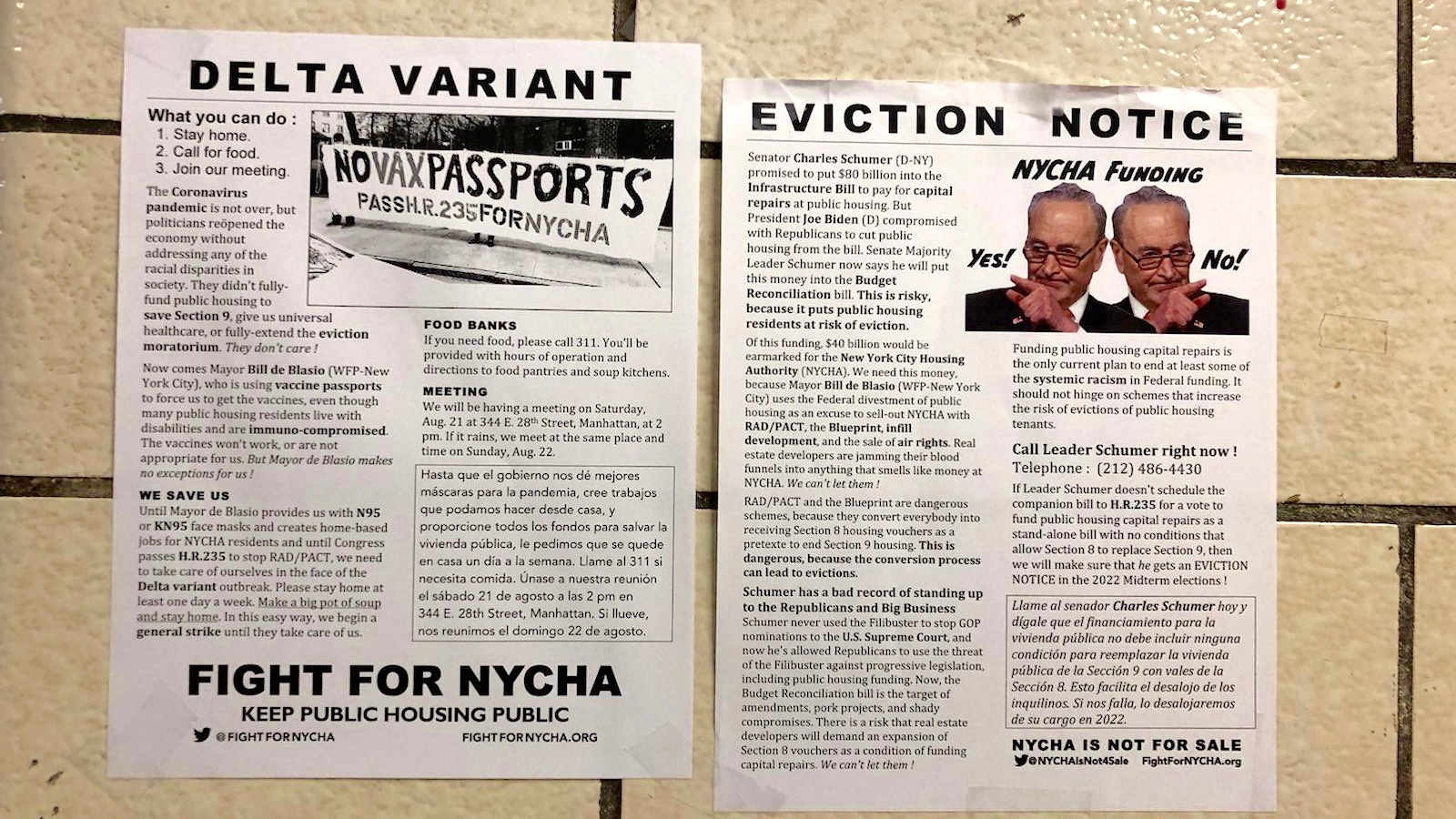 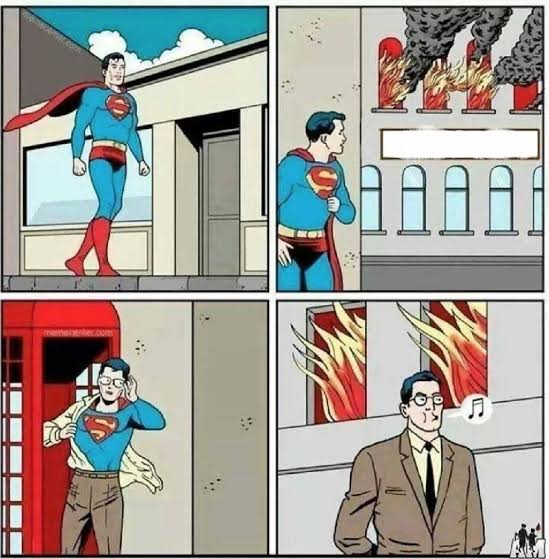