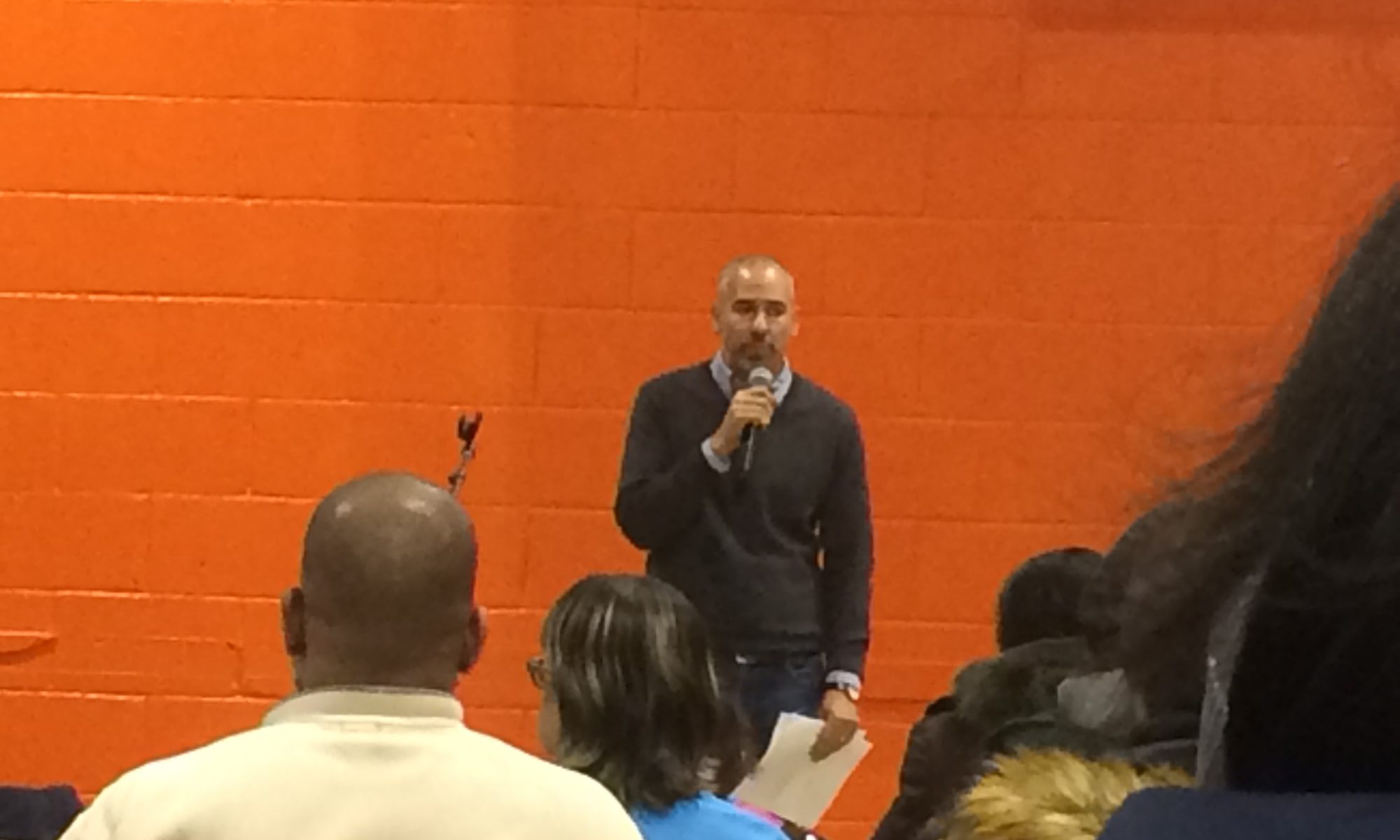 After the New York City Housing Authority (“NYCHA”) canceled without any advance notice a 18 Dec. 2019, meeting between tenants of 572 Warren Street and their new RAD Landlord, NYCHA ultimately rescheduled that meeting for 21 Jan. 2020, at the Wyckoff Community Center in Gowanus, Brooklyn.

At last night’s meeting, NYCHA pro-RAD functionary Leroy Williams, who has run afoul of Government transparency advocates, conducted the meeting. Members of Fight For NYCHA were there and were able to obtain several documents that show for the first time that NYCHA considers RAD to be “partial privatization,” a term that the administration of Mayor Bill de Blasio (WFP-New York City) had previously rejected. A representative of Arker Companies, the RAD Landlord, addressed the tenants.

RAD stands for Rental Assistance Demonstration, an Orwellian name given to an Obama administration housing program that turns public housing into one of those nightmarish “public-private partnerships.” RAD has been shown to lead to higher rents, an increased incidence of landlord harassment, and upward spikes in evictions.

Most problematic is that the new RAD Lease that public housing residents are being forced to sign under duress of displacement strong-arms tenants into accepting the uninhabitable conditions of their apartments “as is.”

NYCHA residents have been forced to live in uninhabitable apartments with non-working elevators, broken boilers, poisonous lead in drinking water and in household paint, leaks, and toxic mold. The latest crisis public housing residents face are the risks of RAD.

Given that NYCHA residents have been forced to live in public housing apartments that violated Federal regulations for physical condition standards, NYCHA is forcing tenants to accept express waivers of the implied warranty of habitability that case law establishes for residential apartment leases.

A 2015 discussion paper by Harvard Law School student Meirav Furth-Matzkin described “as is” language in residential leases as an example of an “unenforceable disclaimer of the warranty.”

According to the presentation at last night’s meeting at the Wyckoff Community Center, a representative of the new RAD Landlord for 572 Warren Street admitted that NYCHA worked in conjunction with the Legal Aid Society to draft the Form of the RAD Lease, adding that some of the language was requested or required by the RAD bankers acting as lenders to the structured finance transaction.

An agent of the RAD Landlord also mentioned that the RAD conversion of 572 Warren Street is expected to take place in February 2020. Generally, public housing tenants get recertified for a new lease every 12 months. During recertification, the local public housing authority audits residents’ income in order to claim 30 per cent. of residents’ income as rent. However, the new RAD Landlord at 572 Warren Street is expected to begin recertification process only six months into the RAD conversion, meaning tenants face an accelerated rent increase in 2020.

Defenders of RAD conversions have long claimed that RAD Landlords only profit from tax credit provided for in structured finance transactions. Critics of RAD point to the accelerated rent increases coming to 572 Warren Street residents as an example of RAD Landlords seeking to profit from rent increases extracted from residents living on fixed incomes or very low incomes. Tenants also face a phase-out of services or utilities, which will transfer opportunity costs or expenses directly to residents, thus adding to their rent burden.