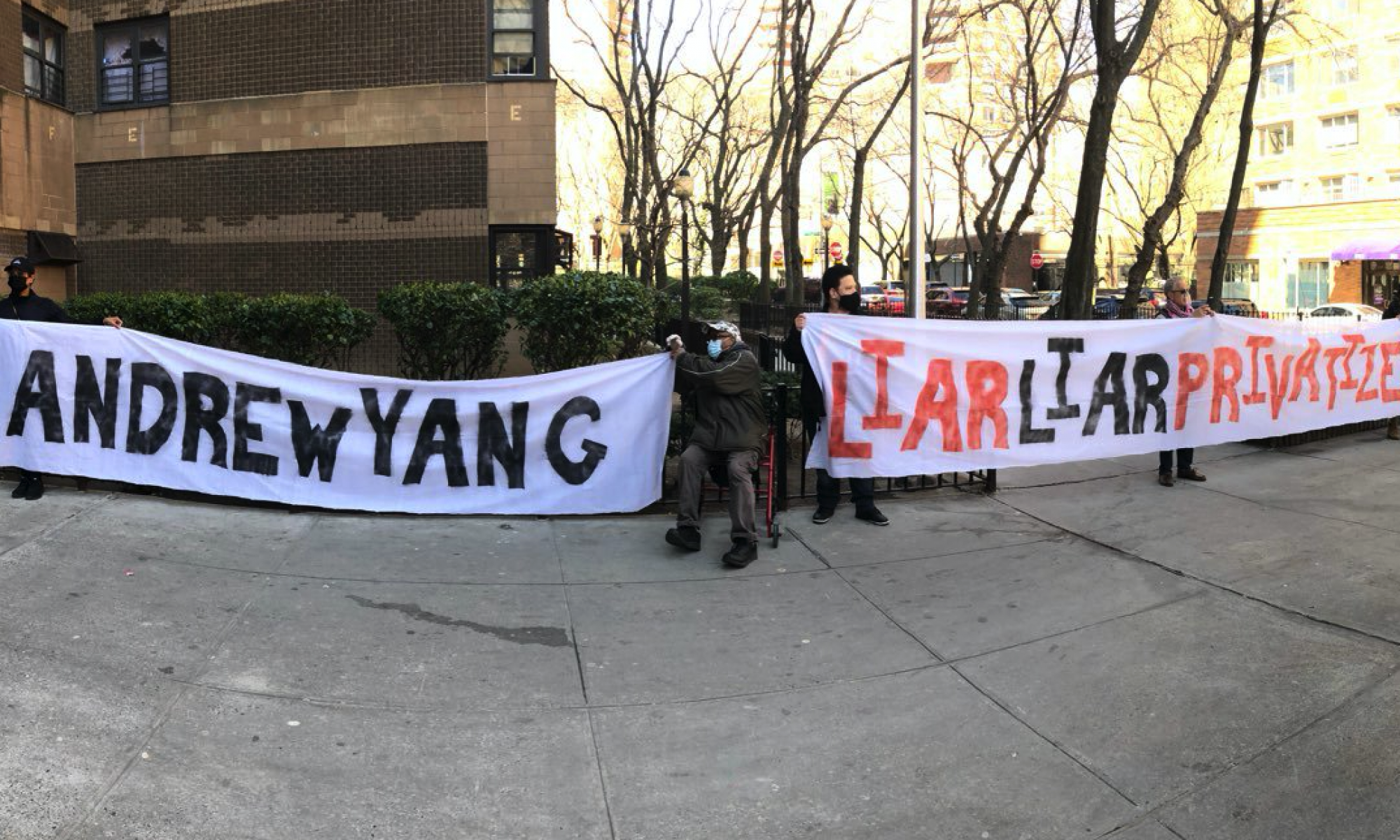 Andrew Yang’s proposal for a $1,000 universial basic income comes with strings, like having to give up housing vouchers. His UBI plan is “a Trojan Horse” to shred the social safety net.

At our protest yesterday, public housing residents, housing activists, and members of Fight For NYCHA denounced Democratic Party primary candidate for New York City mayor, Andrew Yang. He has proposed a $1,000 Universal Basic Income (“UBI”) plan that has been attacked by critics.

Bryce Covert is an independent journalist and a contributing opinion writer for the New York Times. In an editorial published by the Times last week, Ms. Covert reported that Mr. Yang plans to pay for his UBI plan, in part, by “consolidating some welfare programs.” Amongst the social support that Mr. Yang would force recipients of his basic income to forego would include housing vouchers. This aspect of Mr. Yang’s plan is racist and classist. Based on this “trade-off” alone, we cannot afford Mr. Yang as mayor.

Not only do housing vouchers keep people in their homes, but they also cap tenants’ rent at 30% of their incomes, like those lucky enough to receive Section 8 rental assistance vouchers. Furthermore, people receiving Section 8 rental assistance vouchers also receive civil rights protections under the Fair Housing Act. No basic income should eliminate rent caps or deny recipients civil rights protections.

Based on the danger that Mr. Yang’s UBI plan represents, our protest called out Mr. Yang. We also noted how Mr. Yang had yet to denounce the plan by Mayor Bill de Blasio (WFP-New York City) to sell-out NYCHA public housing with RAD/PACT and the Blueprint.