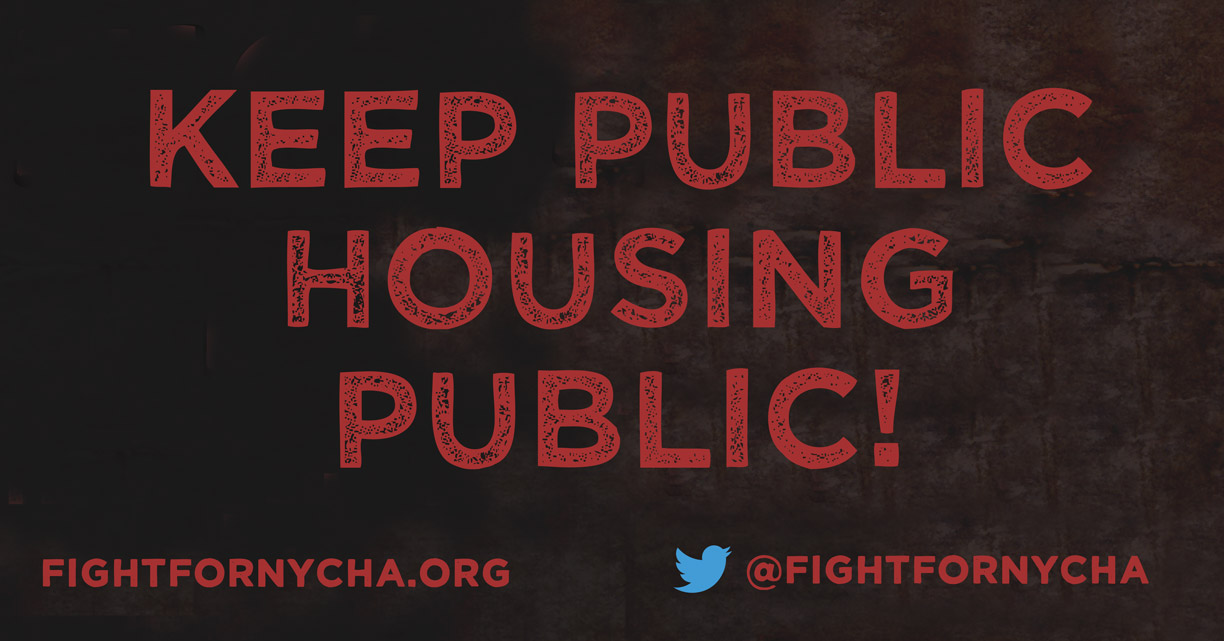 The Solution : The People’s Budget

Please review the draft People’s Budget, because we will be reviewing this at the Town Hall.

Join us for a conversation on the problem and solution facing NYCHA. 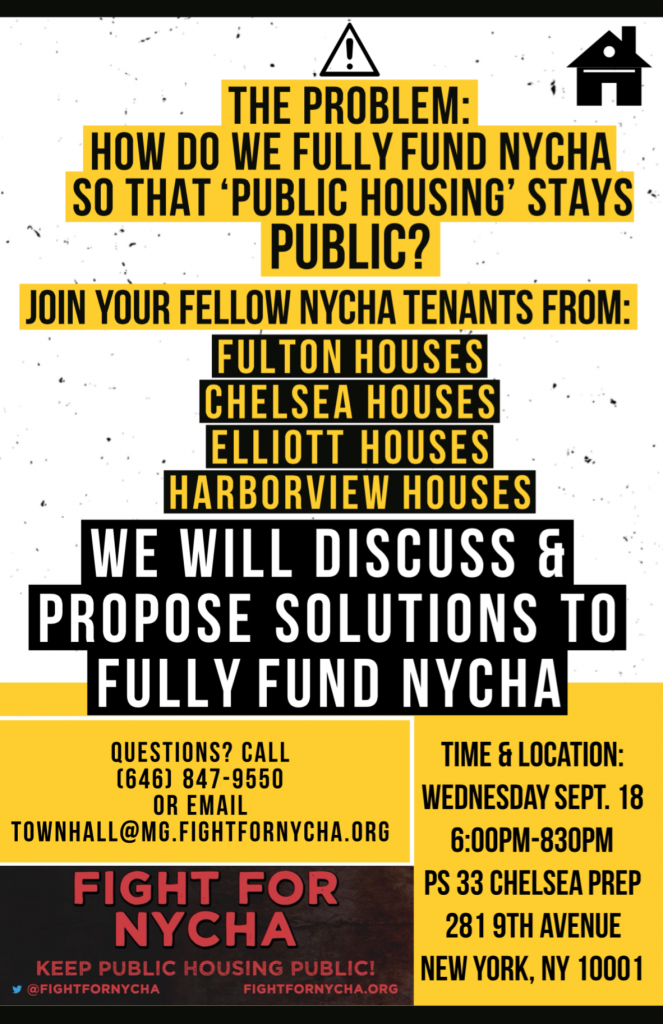 Fight For NYCHA co-hosts an important meeting to offer autonomy and structure to Fulton Houses residents.

At an action-planning meeting held on Saturday, 11 May, tenants of Fulton Houses made several agreements that would serve as a foundation for advocacy work to save public housing in Chelsea from being demolished and from being put into the hands of private landlords. 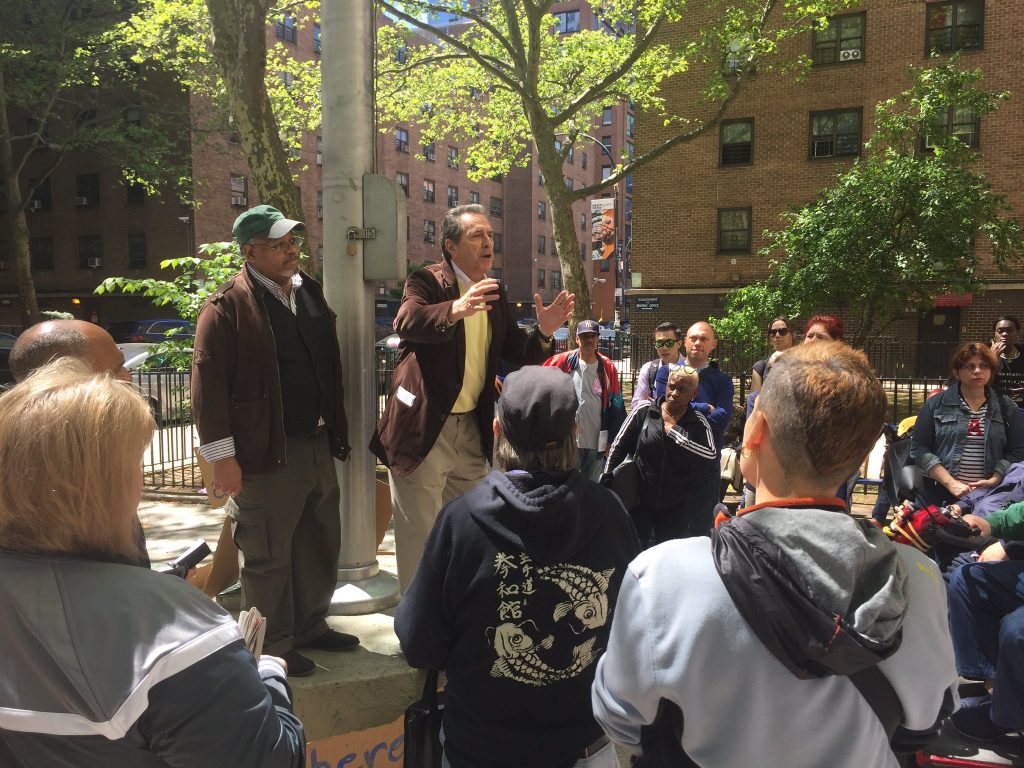 Mary, left, and Jackie were elected as president and vice-president of an independent tenants association. 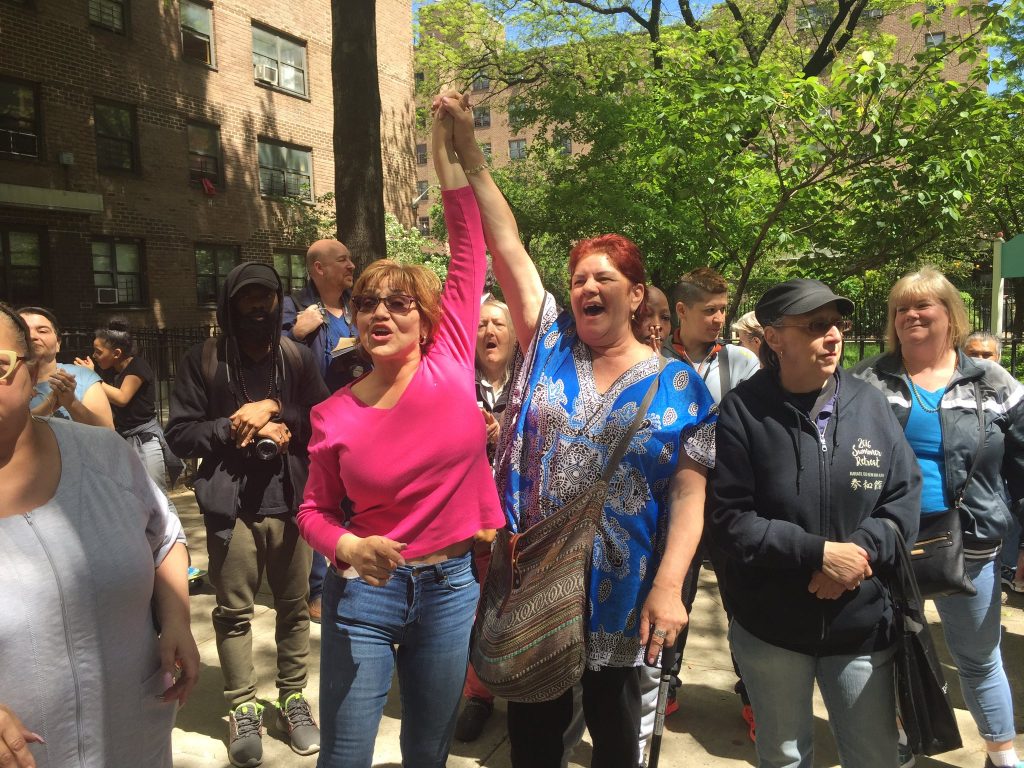 Amelia was elected as secretary of an independent tenants association of Fulton Houses. 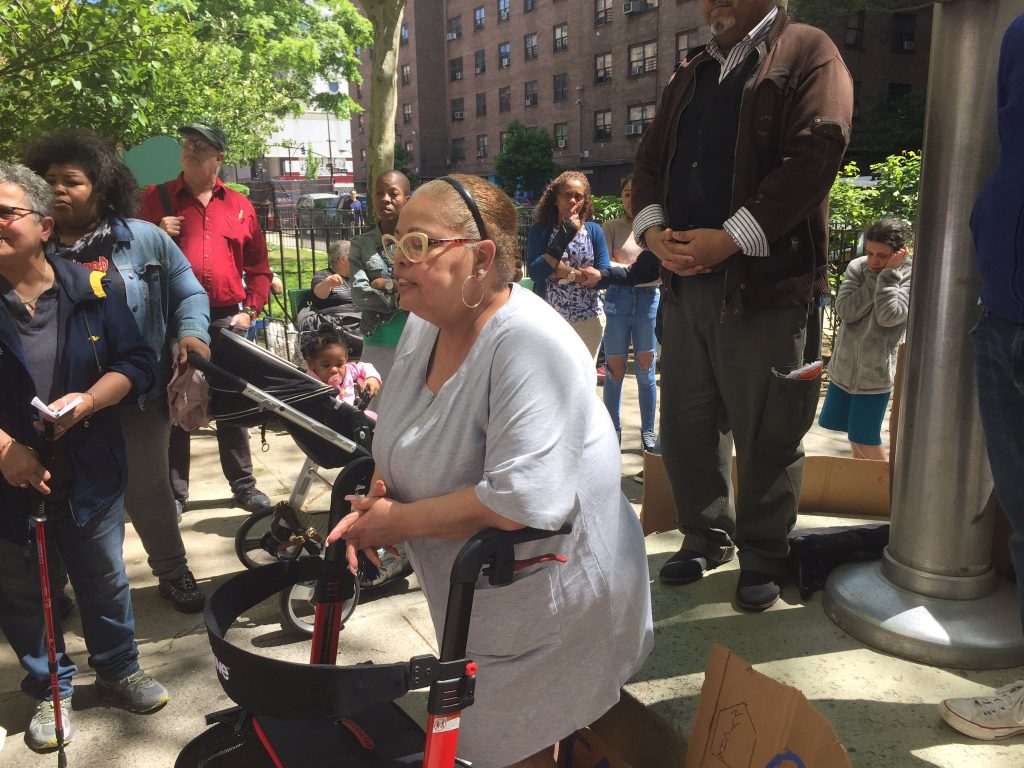 Fight For NYCHA will hold a follow-up meeting on Saturday, 18 May, at 3 pm at the same location. Tenants and activists have agreed on the first action, the plans for which will be finalised on the date of our next meeting. 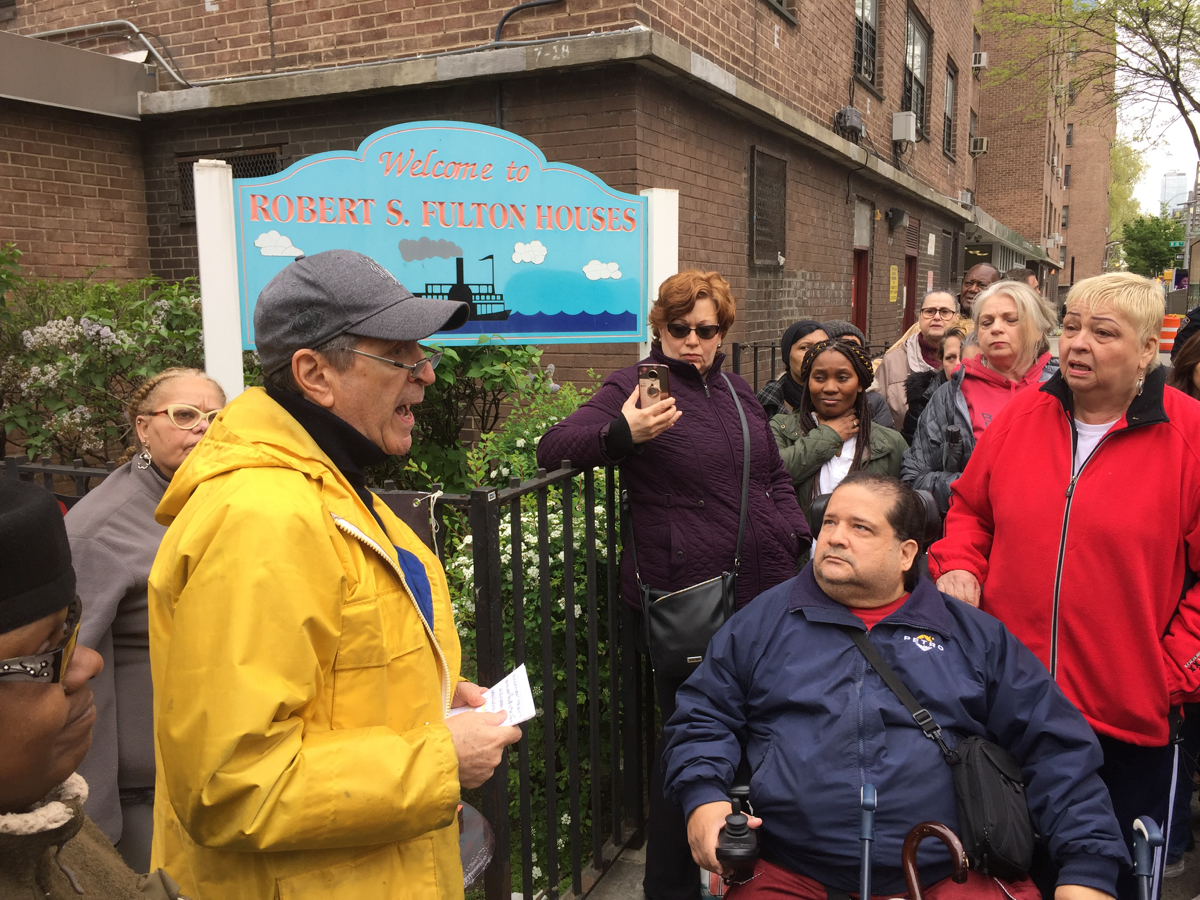 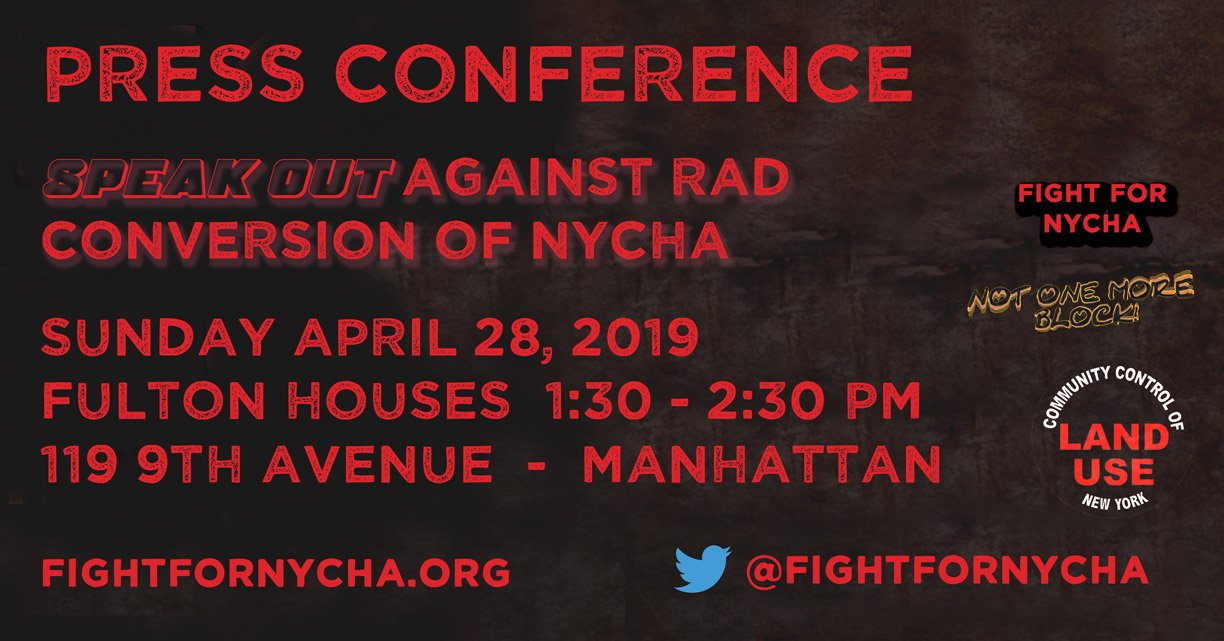 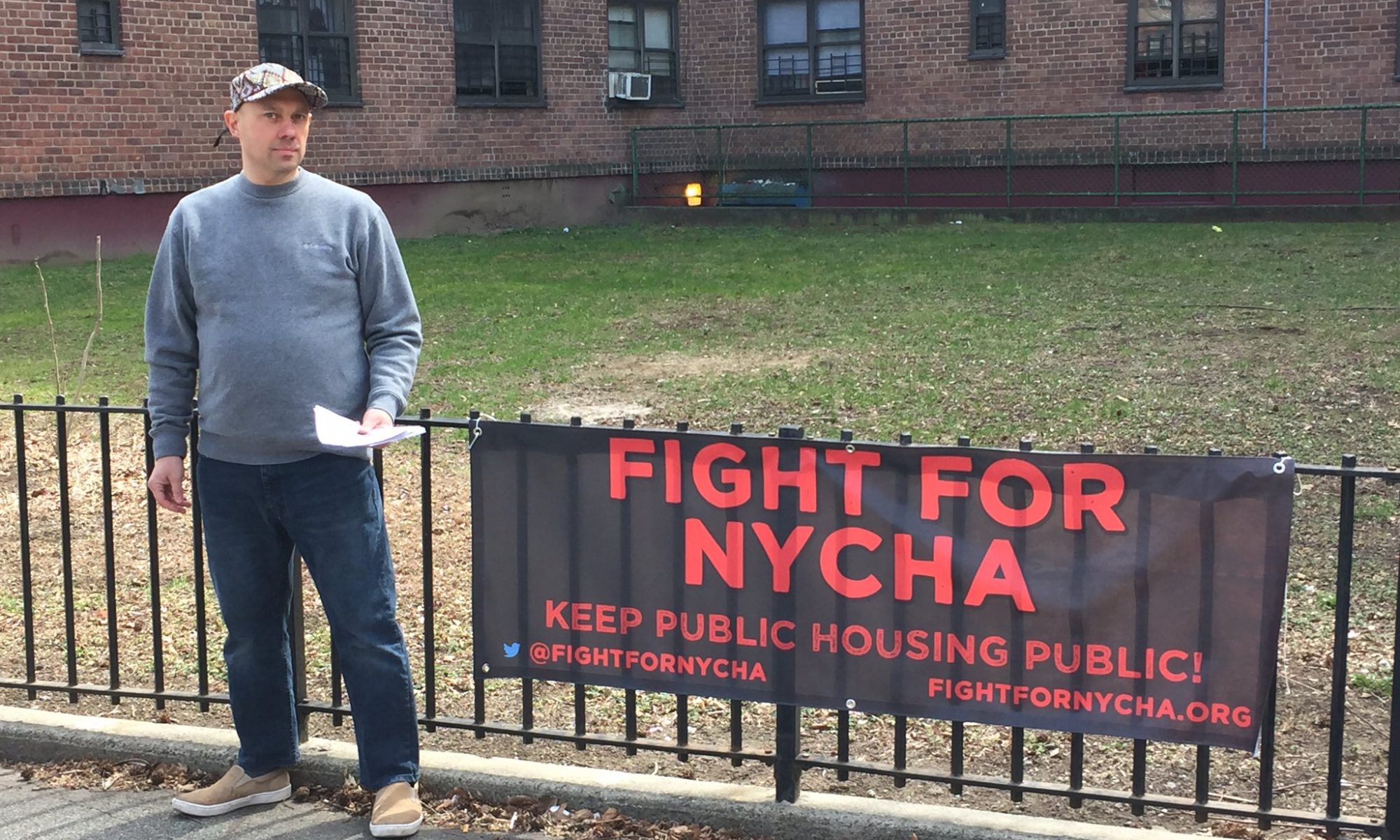 Showing why RAD is Bad at Brevoort Houses

On 7 April, we were distributing flyers at the Brevoort Houses in Bed-Stuy, Brooklyn. 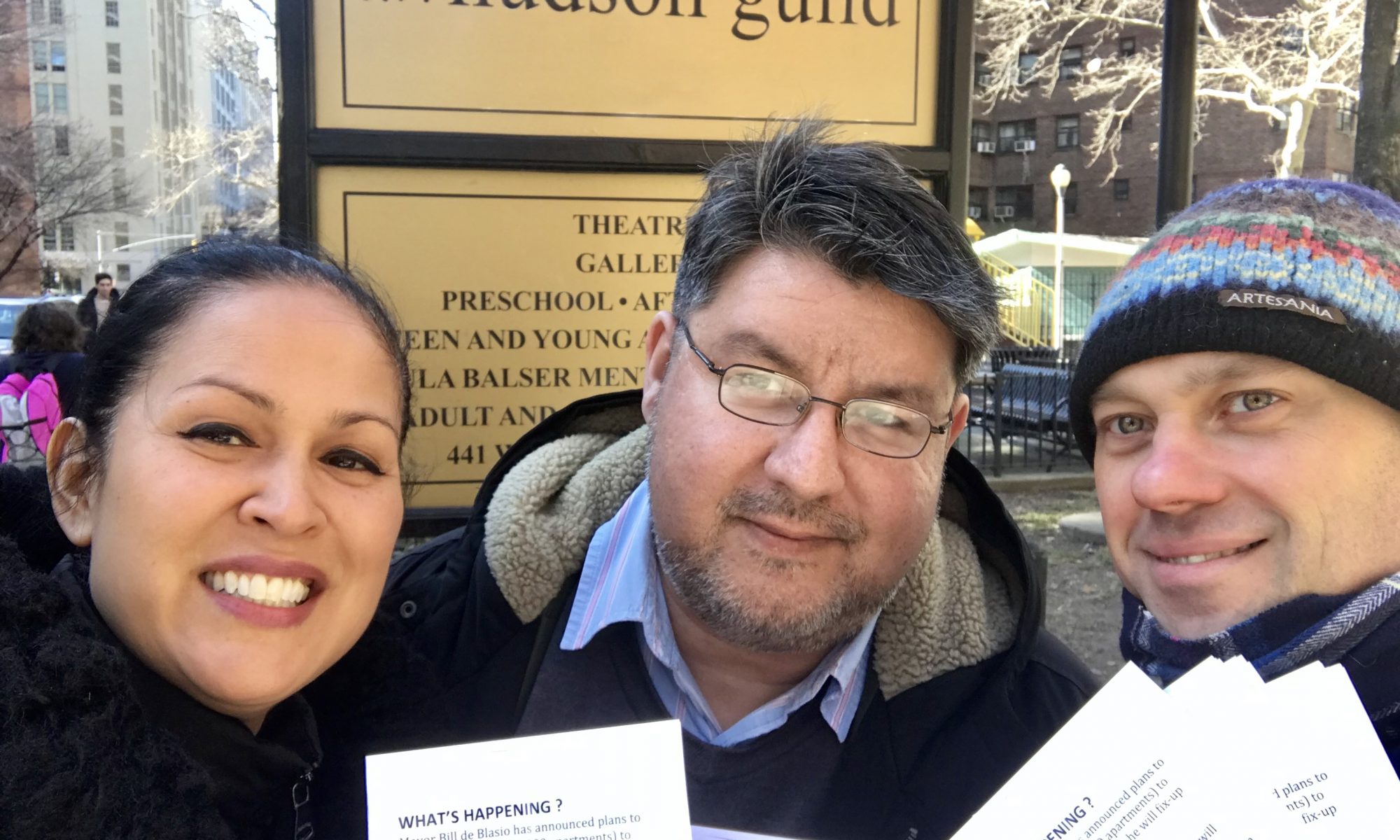 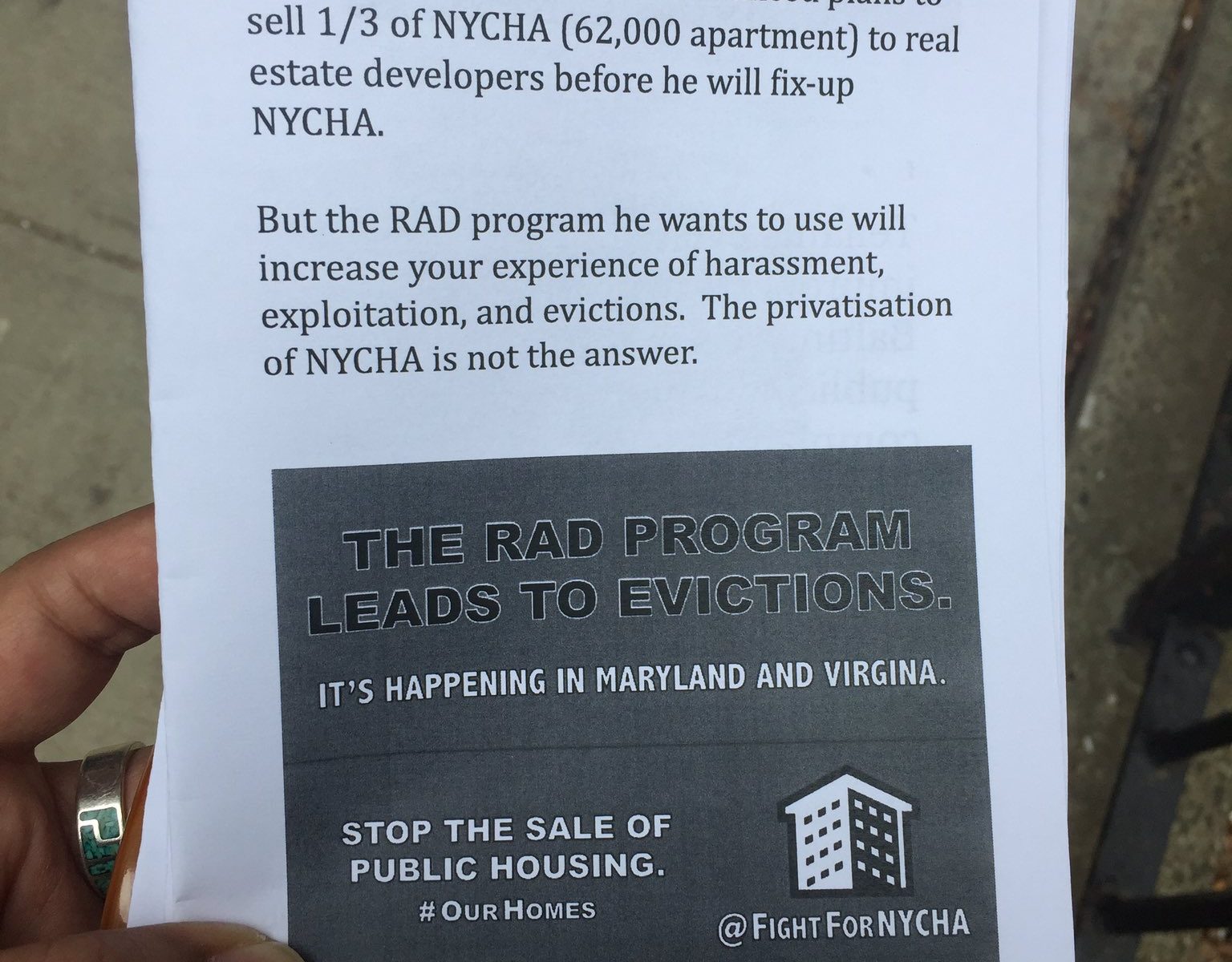 Showing why RAD is Bad at Queensbridge Houses

On 3 March, we were distributing flyers at the Queensbridge Houses in Long Island City, Queens.