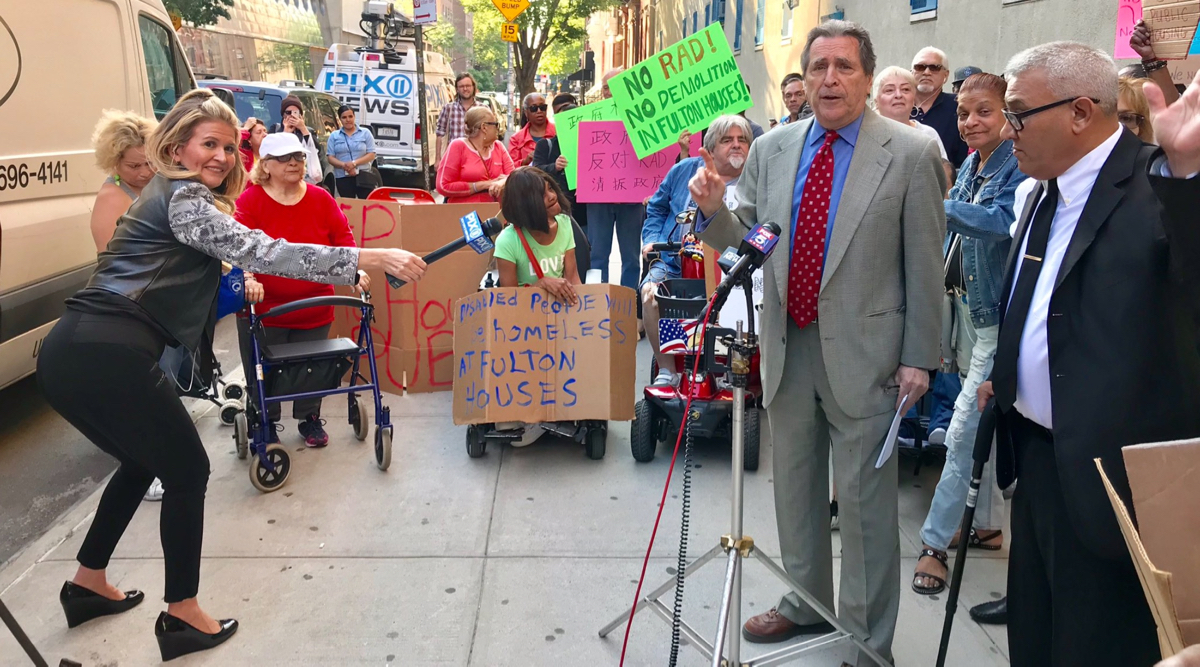 The next evening, members of Fulton Houses testified before the full meeting of Manhattan Community Board 4. It was revealed that CB4 had sent a letter to Mayor Bill de Blasio (D-New York City) and Kathyrn Garcia, the interim CEO of the New York Housing Authority (“NYCHA”), opposing demolition at Fulton Houses.