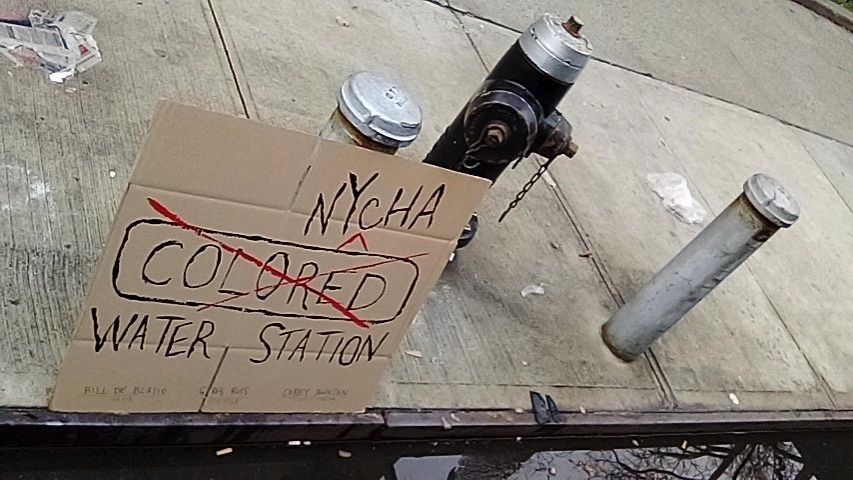 NYCHA officials set up a water station connected to fire hydrants, so Harlem residents could collect water to flush their toilets.

The water outage forced Harlem residents to use one of two reported water stations connected to fire hydrants for water that had to be carried back to their apartments to use to flush their indoor plumbing. Video showed tenants using water jugs, pans, and bag-lined push carts as make shift containers to transport water indoors.

An inspection conducted by a member of Fight For NYCHA NYCHA on Tuesday morning did not reveal any streets flooded out or collapsed by a water main break. However, across the street from 1694 Madison Ave., the site of one such water station set-up, was a construction site, where a new luxury apartment building was going up. It is not known if any private landlords requested a shutting of water main service in order to connect that building to the area’s water main.