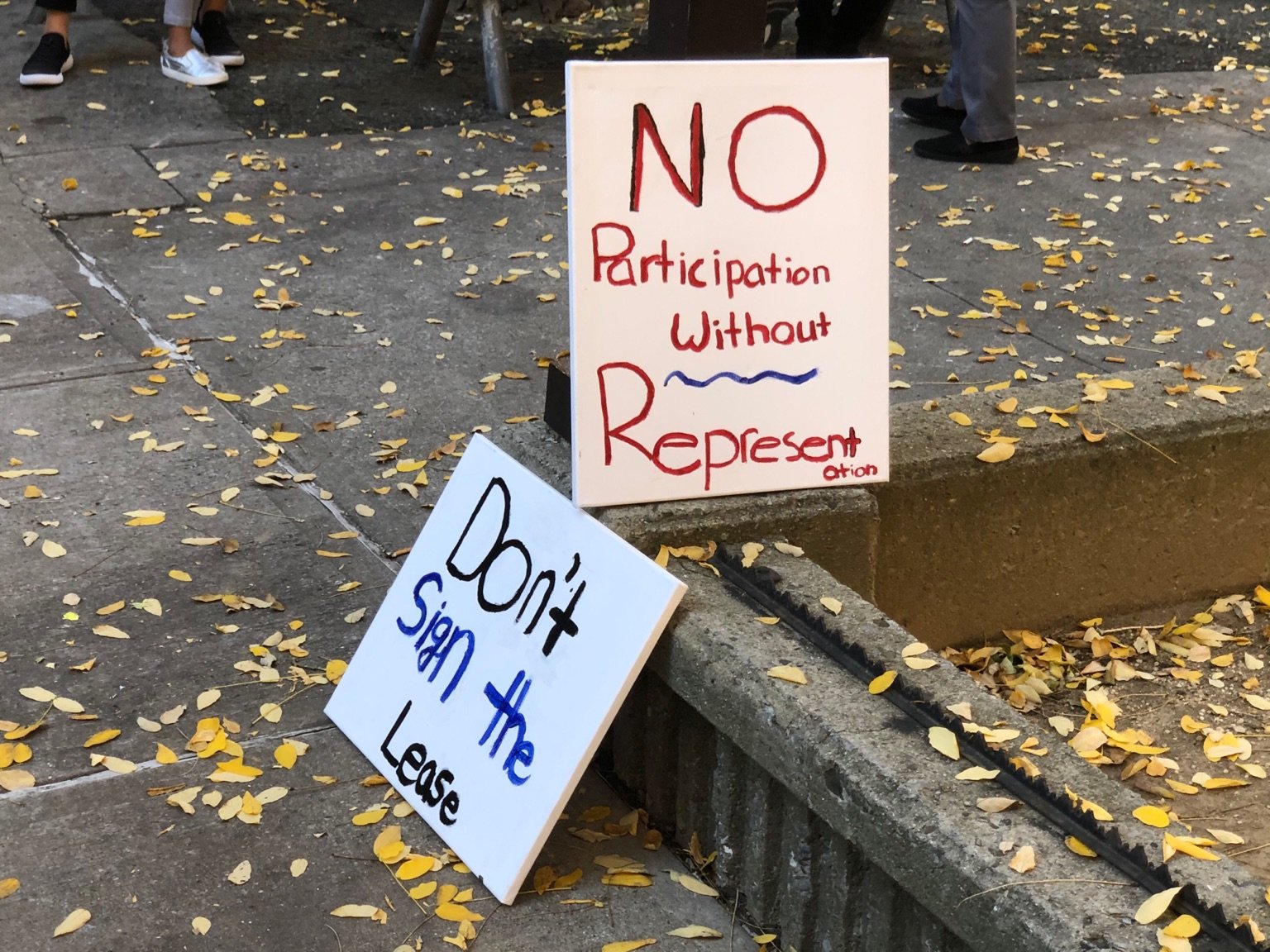 FIVE DEMOCRATIC PARTY PRIMARY CANDIDATES FOR CITY COUNCIL CALL ON MAYOR DE BLASIO TO STOP RAD CONVERSIONS AT NYCHA — AND HAND-OVER DECISIONS ABOUT THE FUTURE OF PUBLIC HOUSING TO THE NEXT MAYOR, THE NEXT CITY COUNCIL

“The attempt to privatize public housing is violence against the people,” said Beckford, adding that, “The RAD program will displace thousands of families and will eliminate public housing. RAD is a threat to NYCHA residents and must be eliminated.  Private developers and the elected officials who support them are a threat to our communities and must be stopped. We must fully fund and repair NYCHA and provide the services and resources needed for the tenants.”

“Public housing should remain in the public’s hands,” said Camarena, adding that, “The RAD program opens the door for the full privatization of public housing in New York City and aims to absolve our Government from their responsibility to fully-fund and repair NYCHA. Housing is a human right, and it’s up to our Government to secure and protect that right.”

“RAD conversions are a shortsighted privatization scheme that would have NYCHA tenants living within construction sites, breathing in all that dust, paint, and whatever else kicks up,” said Cambranes, adding that, “It’s a proven eviction-machine, and while tenants may enjoy new kitchen upgrades, their rights and protections will deteriorize just as their buildings have for so long.”

“Mayor de Blasio should be ashamed of himself for attempting to privatize public housing that has been public for 100 years, while HUD has an anti-public housing and lame duck Secretary,” said Echevarría, adding that, “There should be no further RAD progress until the new HUD Secretary is confirmed ! At which point, the HUD/NYCHA agreement should be modified to preserve public housing in the long-term without a private option !”

“Hard data shows that RAD is not only an eviction machine, but will end public housing as we know it,” said Halasa, candidate for Council District 3. “What’s sad is that the elected officials on the West Side of Manhattan put public housing tenants through the wringer with their sham working group, a group which operates in secret — in violation of the state’s sunshine laws that demands transparency in the disposition of public assets. At the very least, because of COVID, RAD should be shelved until the next mayor and Councilmembers are elected. That’s the least they could do.”

The pandemic makes it impossible for NYCHA residents to meet, confer, discuss, and understand the RAD legal documents

Amidst the second shut-down of the Coronavirus pandemic, now is not the time to continue with, much less expand, RAD conversions. NYCHA residents have long complained that NYCHA is not providing enough explanations or translations about the RAD conversion legal documents. The conversion process itself has been designed to bum-rush tenants into signing RAD Leases with horrendous clauses and provisions.  NYCHA has proposed Zoom meetings as an inferior substitute for physical meetings, but the Zoom meetings fail to attract robust participation, because residents either don’t have WiFi, computer or smart phone devices, or the skill to make meaningful use of Zoom meetings (as imperfect and limiting as they are). An immediate suspension to all RAD conversions is warranted, and a robust public review of the privatization of NYCHA must take place under the next mayoral administration and the next City Council session — once the pandemic is over.

We Don’t Need RAD to save NYCHA

Many elected officials have pending legislation to save NYCHA (or to make the process to “dispose” of public housing assets more transparent), and it is dishonest to move forward with RAD as the sole solution when other solutions are within reach. For example, U.S. Rep. Nydia Velázquez (D-NY 7) has introduced a bill to fully-fund the capital repairs needed by NYCHA without having to resort to any privatization. Assemblymember Harvey Epstein (D-74th District) co-sponsors legislation to make any disposition of public housing assets subject to the City’s Uniform Land Use Review Procedure (“ULURP Process“). Separately, the activist-preservation group, Fight For NYCHA, have argued that money can be found to fully-fund repairs at NYCHA by raising taxes on corporations or the wealthy with ideas featured in their aspirational, People’s Budget.

Melanie Aucello, the resident association president at the NYCHA public housing apartment building located at 344 East 28th Street in Manhattan, recently joined Fight For NYCHA as a core member, because her apartment building and 15 other locations face imminent RAD conversion, which is expected to take place on Monday, Nov. 30.

RAD is a bad deal for public housing tenants

In the past, RAD conversions have led to evictions. At the Ocean Bay Apartments in Far Rockaway, Queens, which Mayor de Blasio has described as his “model” for RAD, 80 households were evicted following RAD conversion. Those evictions stemmed from over 300 Housing Court actions filed by the RAD Landlord at Ocean Bay alone in the time following its RAD Conversion.

Because RAD has developed such a bad reputation, the mayor has rebranded RAD under an Orwellian name :  Permanent Affordability Commitment Together (“PACT“) in an effort to confuse tenants about the negative impacts that privatization of public housing holds in their future. Besides RAD/PACT conversions, the mayor plans to seize green spaces, playgrounds, and parking lots for infill development, and he plans to sell air rights above NYCHA developments to real estate developers. He has also shockingly proposed the demolition of public housing apartment buildings in order to rezone the lots under Mandatory Inclusionary Housing (“MIH“) to build 80-20 or 70-30 luxury apartment buildings.

To market RAD, HUD has argued that RAD provides $19 of leverage to every $1 of public housing funds. However, a 2018 review by the National Affordable Housing Management Association (“NAHMA“) revealed that when RAD funding was recalculated to remove Government funding, the leverage ratio falls to $1.23 in private financial funding to every $1 in public housing funds.

In light of the addition of only pennies on the dollar in real margin and as a result of the eviction risks to public housing residents, the above-named City Council candidates and the activist-preservation group Fight For NYCHA are arguing that preserving the status quo until the next mayor has been elected and the next session of the New York City Council has been sworn in (once the pandemic is over) would provide conditions that would lead to more transparency and tenant participation in determining the future of NYCHA public housing.

About Fight For NYCHA

Fight For NYCHA is a collective fighting so NYCHA tenants can self-determine the future of public houisng in New York City. We oppose Mayor Bill de Blasio’s plan to put one-third of NYCHA into the hands of private landlords. We believe the money exists to save NYCHA. We just have to change our priorities. Learn more about our People’s Budget plan to fully-fund NYCHA : https://fightfornycha.org/peoples-budget/.

Fight For NYCHA is not a political action committee. As a result, it does not endorse candidates, and it makes no financial contributions to campaign committees.