RAD Conversion Documents Reveal That A RAD Landlord Can Ask HUD To Deregulate A Per Centage. Of Public Housing Units If A Building Fails To Become Economically Viable, Threatening To Convert Public Housing To Market-Rate Apartments

In the past, RAD conversions have led to evictions. At the Ocean Bay Apartments in Far Rockaway, Queens, which Mayor de Blasio has described as his “model” for RAD, 80 households were evicted following RAD conversion. Those evictions stemmed from over 300 Housing Court actions filed by one RAD Landlord at Ocean Bay alone in the time following its RAD Conversion.

“In the holiday season — and in the middle of a pandemic — I have to ask Mayor de Blasio, ‘Why would you put all of NYCHA residents at-risk for evictions ?’ We demand a stop to RAD,” said Aucello, adding that, “The process you and NYCHA have forced upon us is intentionally designed for the best interests of private sector landlords and their profit. It is unfair to saddle future generations and the next, incoming mayoral administration with the consequences of RAD. It is best left for the next mayor to save NYCHA, not you.”

The civil rights attorney, Michael Sussman, has sent Mayor de Blasio a letter raising important objections about the RAD legal agreements and the new Lease Agreement that public housing residents are being forced to sign.

Amongst the issues Sussman has complained to Mayor de Blasio about the new Lease Agreement, include, but are not limited to :

“The ongoing RAD conversions have failed to produce tangible and significant gains for residents of public housing,” said Sussman, adding that, “The lease proposed for residents includes onerous provisions which are financially disadvantageous to existing tenants and give new management increased leverage over their lives. What is needed is a national commitment to supporting those tenants who qualify for public housing without sacrificing their existing status and rights.”

Assemblymember Harvey Epstein (D-74th District), who has sponsored legislation to make formal a legal procedure for the disposition of public housing assets, said, “I stand with tenants at 344 East 28th Street and tenants around New York City to oppose RAD and privatization of public housing ! We need a plan to protect those apartments for generations to come.”

The revelation that HUD can permit the deregulation of public housing apartments, in addition to the many problems note about the Lease Agreement, make RAD wholly unacceptable, say other members of the group, Fight For NYCHA. 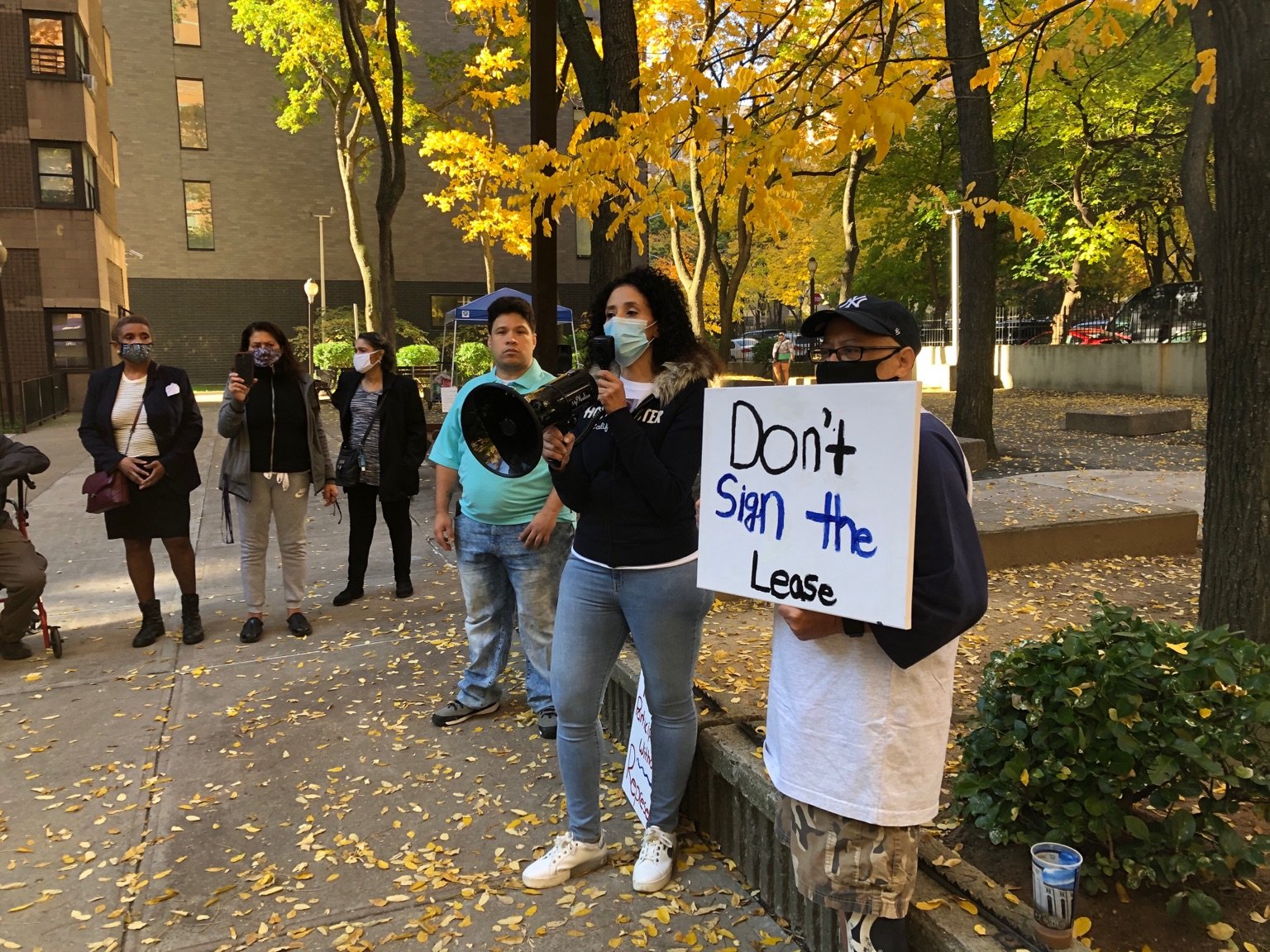