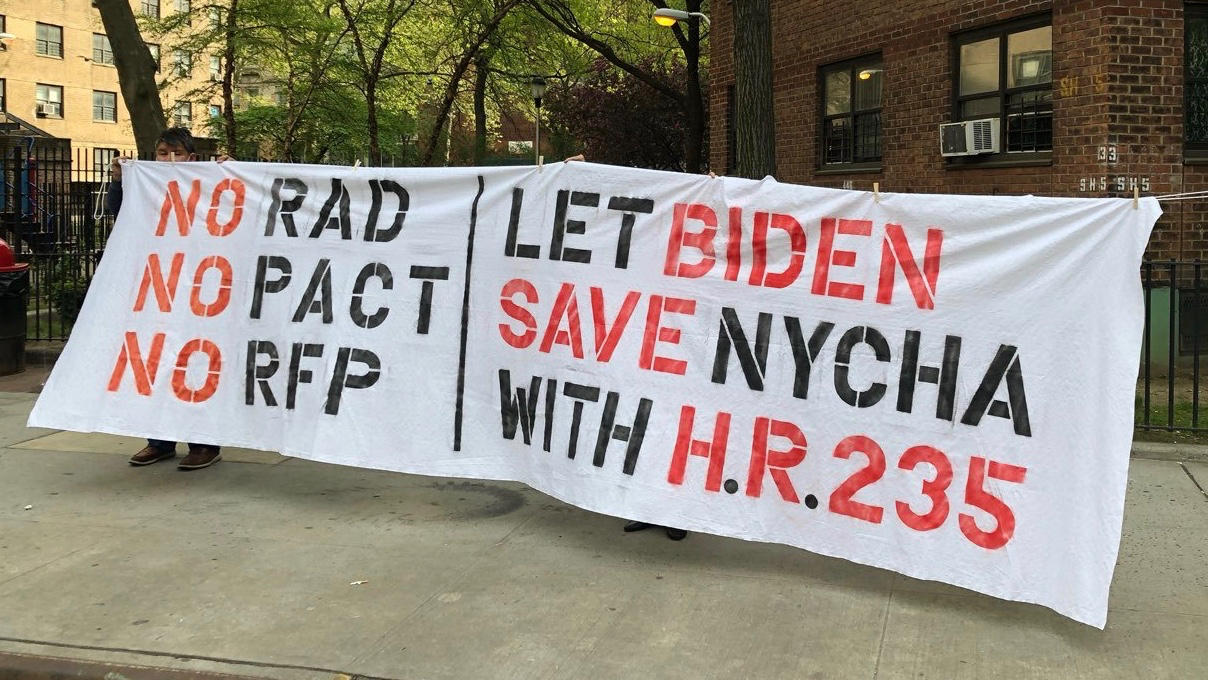 The call by Mayor Bill de Blasio to reopen the economy, now being rushed by Gov. Andrew Cuomo, promises a return to the discriminatory power dynamic and social hierarchy of the past.

Mayor Bill de Blasio (WFP-New York City) went on State media on Thursday morning to announce by authoritarian dictate that the economy will be fully reopened in New York City by July 1, 2021. “We are ready for stores to open, for businesses to open, offices, theaters, full strength,” the mayor said, according to the City-provided transcript of his on-air remarks.

There’s no thought to end the systemic racism in our society. Even with the healthcare disparities made clear during the Coronavirus pandemic, that didn’t stop Gov. Cuomo from cutting Medicaid, and it hasn’t stopped him from trying to close still yet more hospitals in Brooklyn or Queens. In terms of business, corporate retail giants, like Amazon, Walmart, and Target, saw online sales skyrocket as local, small businesses were forced to close due to the pandemic. The politicians are focused on returning us to an economy with even more disturbing economic inequalities, including higher rates of poverty.

This is one test that reveals how wedded Mayor de Blasio is to systemic racism : His non-stop scheme for RAD/PACT and Blueprint conversions of NYCHA public housing.

Already, a group of New York City parents and teachers filed a lawsuit last December to stop compulsory Coronavirus testing over Fourth Amendment privacy rights, including concerns that DNA samples may wind up in a database without patients’ consent, according to a report published by Gothamist. And Saturday, dozens of municipal employees protested Mayor de Blasio’s demand that 80,000 City workers return to office work this week, according to a report published by the New York Daily News. The mayor’s obsession with reopening the economy flies in the face of the relentless Coronavirus pandemic, which, world-wide, has reached a new peak of deaths and cases, according to a CBS News report broadcast on Sunday.

Of particular concern to New York City Housing Authority residents is Mayor de Blasio’s non-stop push to continue the privatisation of strategic public housing assets. Despite no basis in law, the Government has countenanced Mayor de Blasio’s failure to hold public meetings about his scheme for the the RAD/PACT conversion of public housing. For example, on April 23, the de Blasio administration announced the issuance of a Request For Proposal for the RAD/PACT conversion of the Fulton Houses, Elliott Houses, and Chelsea Houses — the last hold-outs of affordable housing in the gentrified Manhattan neighborhood of Chelsea.

Despite resident and community opposition, Mayor de Blasio acts like he cannot be stopped from disposing public assets — even when confronted with a very public effort by U.S. Rep. Nydia Velázquez (D-NY 07) and Sen. Charles Schumer (D-NY) to fully-fund the backlog of capital repairs across the Nation’s entire public housing stock. U.S. Rep. Velázquez and Sen. Schumer are basically teaming up to promise to end the decades of racist divestment of public housing, but Mayor de Blasio is more concerned with making sure that the economic gears resume their grinding of people of colour and people living with low incomes.

The de Blasio administration suspects that human remains and cultural items belonging to Native American tribes may be buried underneath Williamsburg Houses, but that still didn’t stop him from moving forward with RAD/PACT, in violation of the Native American Graves Protection and Repatriation Act. Whether you are dead or alive, Mayor de Blasio believes that the privatisation of our heritage must go on.