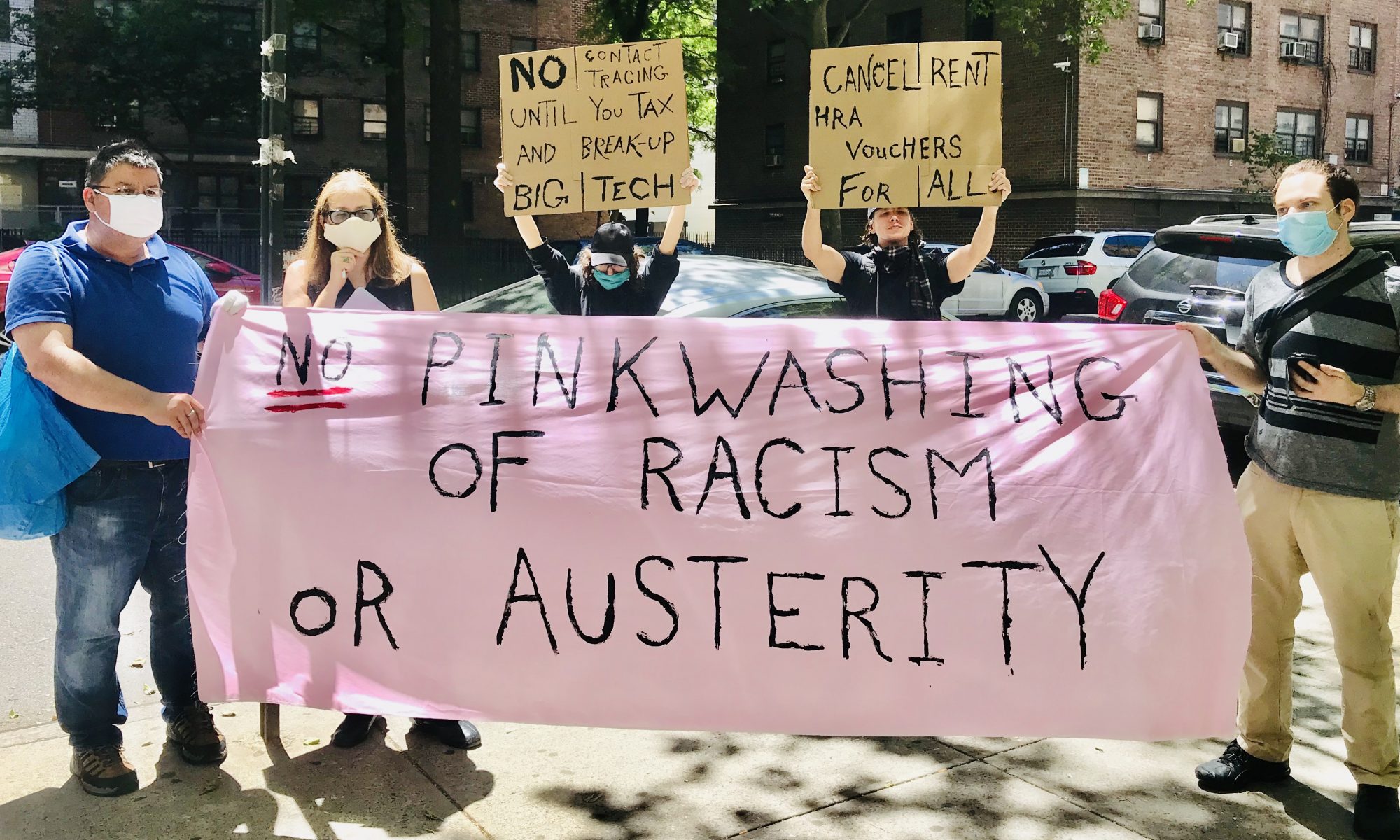 LGBTQ politicians came to power based on their experience of discrimination, but they have done nothing to end discrimination for all oppressed people.

There is a convergence in the betrayal of public housing with the Coronavirus pandemic. Hospital closings led to disparities in healthcare outcomes, as we have seen during the Coronavirus outbreak. The refrigerator trucks are a sign that austerity leads to racism. Now, NYCHA residents are being used as guinea pigs for testing and contact tracing in order for politicians to dangerously fast-track the reopening of the economy.

Fight For NYCHA targeting some politicians, who claim to experience oppression, but who have done nothing to end racism or austerity. We visited the apartment houses of : Christine Quinn, Corey Johnson, Deborah Glick, and Brad Hoylman — each of whom had a role in the closing and luxury condo conversion of the old St. Vincent’s Hospital. They thought nothing of taking away a safety net hospital from us, and they have done nothing to fight austerity or racism, as evidenced by how public housing has been neglected on their watch — and in their own district. 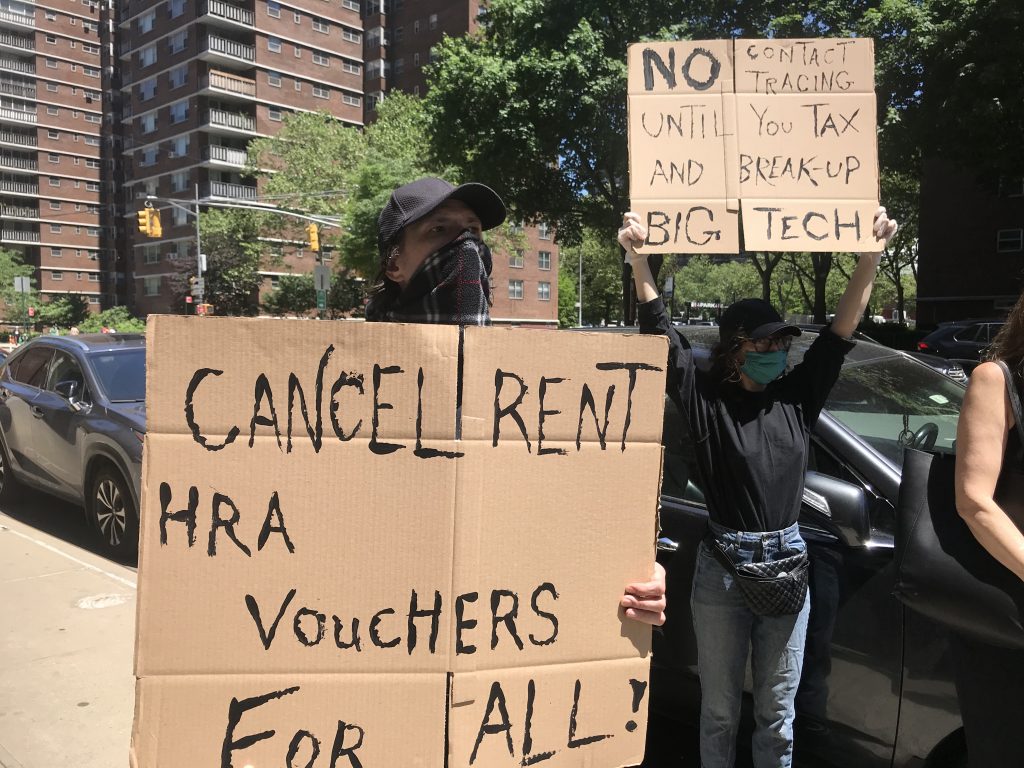 The political and media fallout : “Willful ignorance,” silence, and distraction

Quinn, Johnson, and Glick chose to ignore our protest, with Quinn’s doorman videotaping our protest outside her million-dollar luxury condo. Quinn gets paid $500,000 a year as the ringleader of a poverty nonprofit that skims money off of homeless shelters. A kind of a new age, “transformational” Madame Thénardier.

For his part, Hoylman addressed Albany red tape on hospital closes but refused to address the pinkwashing by the LGBTQ White CIS power establishment of racism. But we made him nervous, and he took to Twitter that very same night and, for the first time in his career, tweeted the hashtag #BlackLivesMatter.

Pinkwashing means that the LGBTQ politicians in Chelsea and the West Village have exploited their experience of discrimination for political power without uplifting POC. 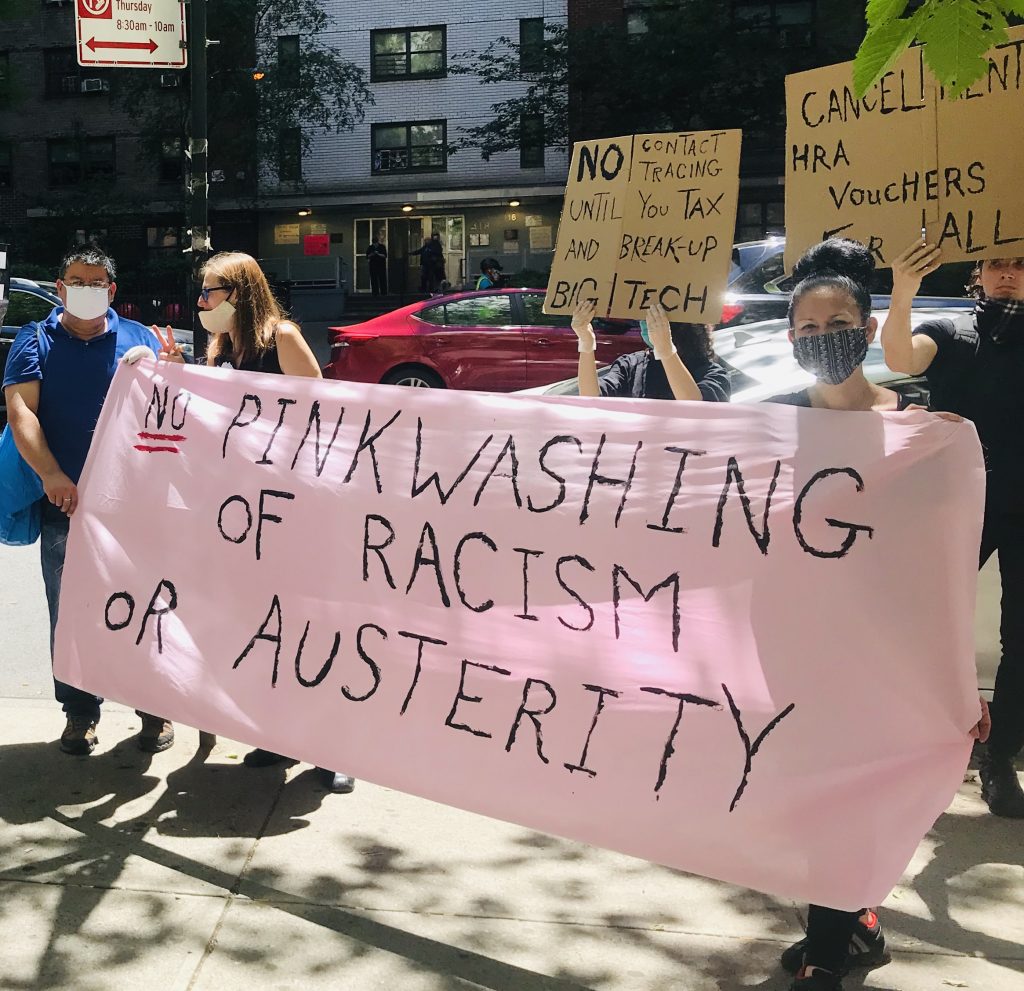 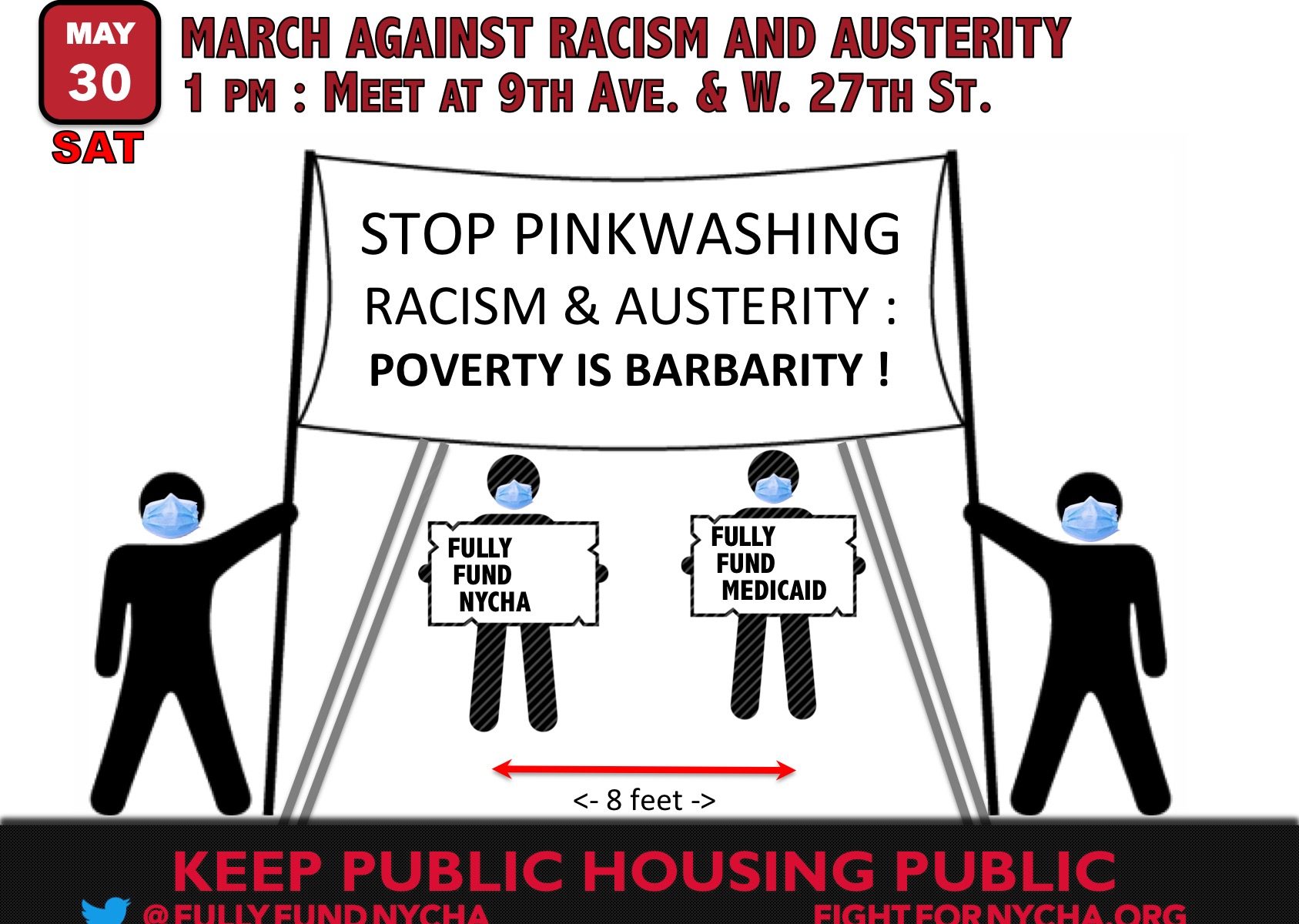 Our march route has been finalised !

We are visiting the apartment houses of politicians, who had a role in the closing of St. Vincent’s Hospital, a situation that has wrecked the healthcare outcomes of low-income communities and POC. We are demanding that politicians stop #PinkWashing racism and austerity ! Join us as we protest :

They enabled gentrification of New York City and never championed the full-funding of NYCHA. These politicians claim to know oppression. But what have they done to end racism and austerity ?

None of these politicians said one word to stand up against Mayor Bill de Blasio’s dangerous scheme to sell-out NYCHA to RAD landlords. It’s time that politicians, who claim that they are allies of POC, start acting as allies. 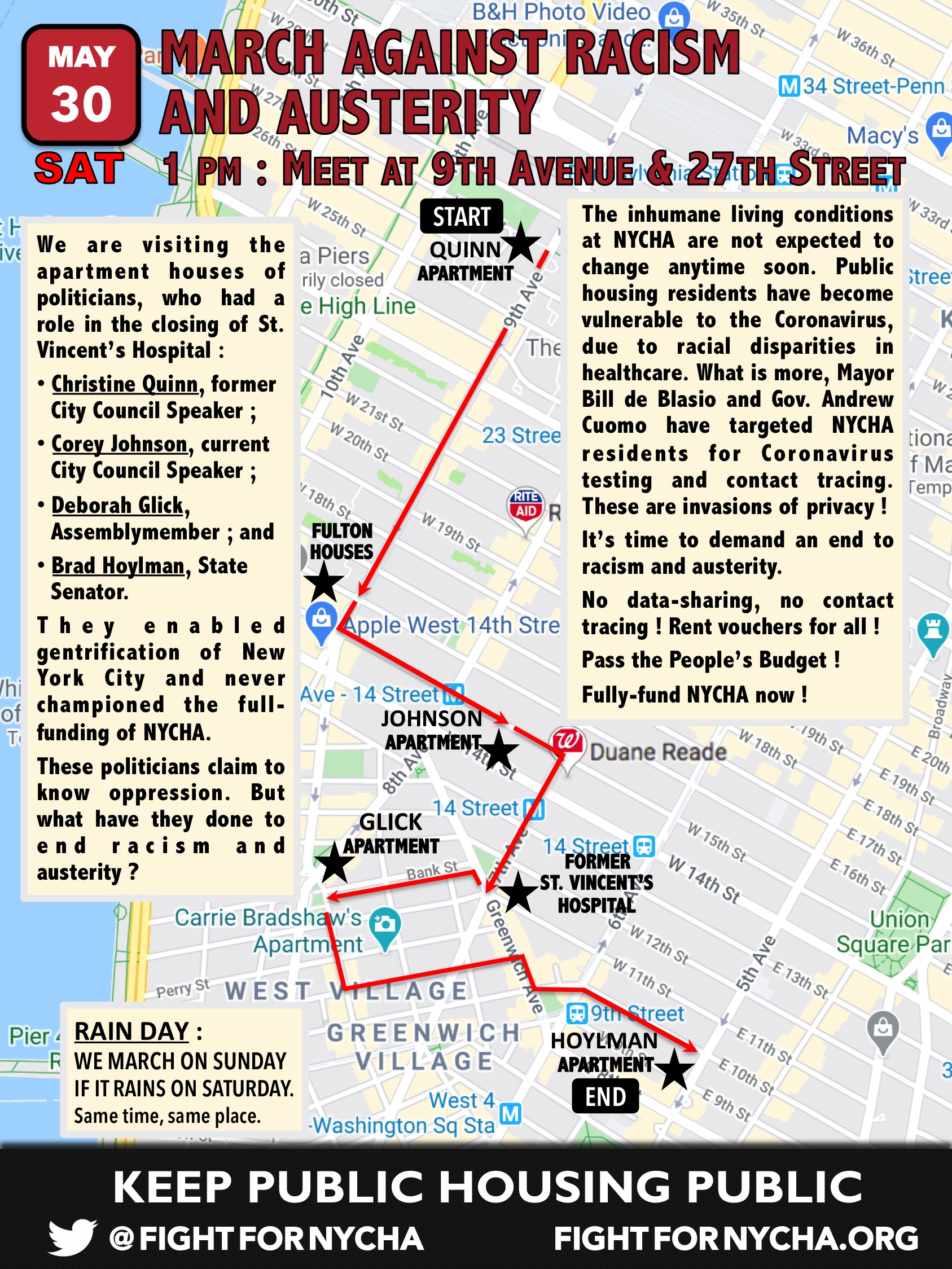 An LGBTQ activist is taking the lead in the planning of this protest march, so this is not an attack on identity, but, rather, criticism on how politicians have used the experience of oppression for personal political gain — only to countenance the oppression of others.

Please start watching at about 5 minutes in, due to technical issues.